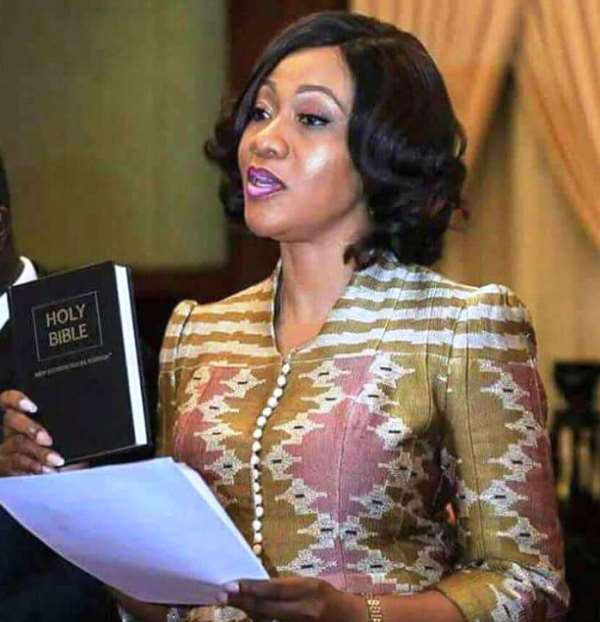 After being exposed of the many flaws she has committed as a result of her intransigent arrogance, Jean ‘Jezebel’ Mensa has finally bowed to shame; coiled back and seeking to rise out of the sticky mud she sunk deeply into.

At the end of the Inter Party Advisory Committee yesterday, the Electoral Commission announced it was going to organize a fresh registration exercise for some people on 1st October, 2020 including the thousands whose names were mysteriously deleted from the register by whatever design known only to Jean Mensah. There are pervasive duplication of names on the register which nobody could explain how the EC managed to do.

Allegations of secret midnight voter ID card printing in the EC’s district offices were confirmed by the EC itself.

Furthermore, it appears the EC has not procured all the 75,000 biometric verification machines it was given huge sums of money for. The exhibition ongoing is a perfect opportunity to deploy and test the efficiency of these devices but they are nowhere to be found. Thousands of polling stations are without the devices raising fears of whether voters’ fingerprints can be verified or the EC is going to resort to manual verification to make mockery of insisting on creating a new register.

There are reports of disturbing malfunctioning of some of the few new devices they brought in to replace the old ones. Experts such as Kwame Griffiths speaking on Power Fm yesterday revealed that the new devices brought in by the EC are inferior to the old ones being discarded. He alleged that the new devices in some polling stations capture a male and a female as the same registered voter. Again he pointed out the new system recorded double voting by one individual in a spate of six seconds at different polling stations which is completely impossible.

Above all, the new system could not automatically detect double registration and prevent duplication of voters’ identity numbers.

This is the albatross Jean Mensah’s ‘me ntie obia’ attitude has placed on our necks. A woman who assumed all powers as if nobody in this country has brain except her alone; a woman who clearly portrays herself as one who either lacks or disregards husband’s bedroom advice; one who lives on an island among multitudes; she alone feels she is safe in the danger she has created in the country yet the problems she has created have now overwhelmed her.

How she can endear herself to the trust of Ghanaians will be a tale to be told if it will ever happen.

It takes a woman to build a nation; conversely, it takes a woman to destroy a nation. Jean Mensah is becoming famous for the latter! However Ghana will not permit this adversary to demoralize our conscience. She must be stopped in her tracks!

We were not influenced by any party to reject your rice, we ...
10 minutes ago