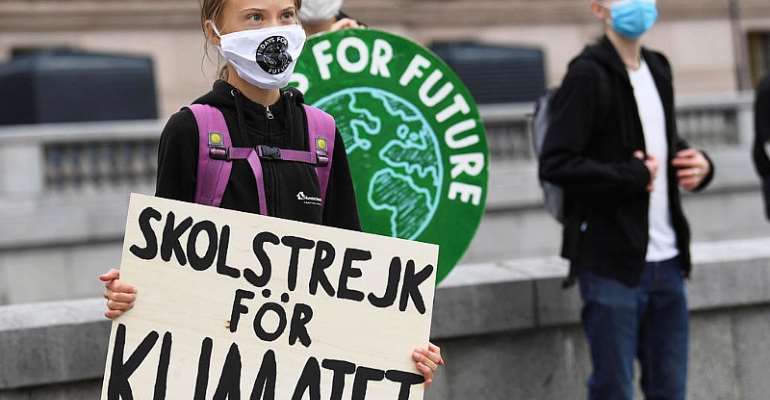 The Greta Thunberg Foundation has announced it will donate 150,000 euros to three charities working in Africa to support people on the frontline of the climate crisis. This comes as the Fridays for Future demonstrations get underway again in cities around the globe.

Swedish environmental activist Greta Thunberg announced on Wednesday that the foundation set up under her name would split a 150,000 euro donation between three organisations currently working in Africa on environment-related issues.

"We are in a global emergency, which affects all of us. But everyone is not suffering its consequences equally," Thunberg said in a statement.

"Africa is being disproportionately hit by the climate crisis, despite contributing to it among the least."

The Greta Thunberg Foundation was set up in December 2019 and the donations were made possible after she was awarded the Portuguese Gulbenkian Prize for Humanity in July, worth one million euros.

Part of the prize money has already been donated to the SOS Amazonia campaign and the Stop Ecocide Foundation.

The 17-year-old's original school strike in Sweden in 2018 evolved into a worldwide movement with regular demonstrations around the globe, under the banner Fridays for Future with the next round of rallies to be held on 25 and 26 September.

In France, the local branch, known as Youth for Climate has called for a range of actions on Friday, and marches on Saturday.

A number of events have been organised around the country, including calls for civil disobedience.

According to its website, the French movement has chosen to focus this year's efforts on the local environment and spreading the climate crisis message.

This includes promoting grassroots initiatives in sustainability and education, direct democracy with citizens assemblies, and the creation of biodiversity spaces in urban areas.

"During this period of social, economic and health crisis, we tend to put environmental problems on the backburner," the movement says on its website.

"Unfortunately, these won't wait and will simply get worse: fires, destruction of natural treasures, the melting of the icecaps, and species extinction …the list goes on."