Polar ice melt could drive 230 million people from their homes 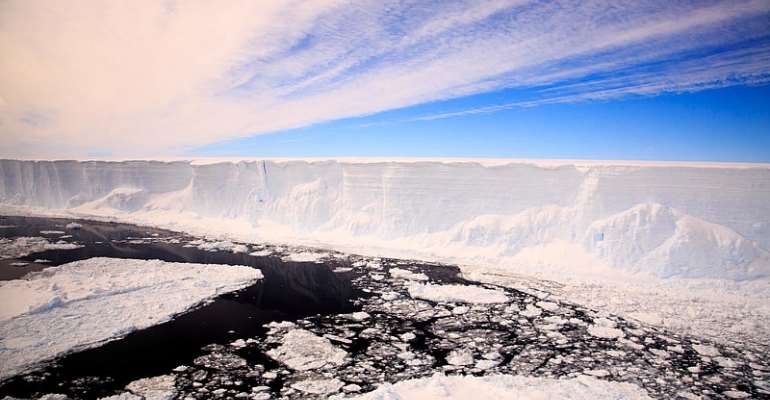 More than 230 million people living in coastal areas around the world could be directly impacted by a significant rise in the global sea level over the next 80 years. According to a recent study conducted by scientists from 13 countries, the melting of the Greenland and Antarctic ice sheets, in combination with the depletion of mountain glaciers, could result in a one metre rise of sea level.

The melting of the Greenland ice sheet "can contribute up to 14 cm of sea level rise while the one on Antarctica could trigger a rise of up to 30 cm. Thermal expansion of oceans and the melting of mountain glaciers are the other two major causes of sea level rise,” Nicolas Jourdain of the Geosciences and Environment institute at the University of Grenoble, who took part in the research, told RFI.

The thick ice sheets on Greenland and Antarctica were formed by the accumulation of snow over hundreds of thousands of years. However, as a result of global warming, melting has accelerated over the past couple of decades.

The simulations of the melting of ice sheets were carried out by running climate models and ice sheet models corresponding to different scenarios on extremely powerful supercomputers. These models were based on observations of snow accumulation in Greenland and Antarctica, along with satellite imagery. They also took into account oceanic and atmospheric parameters including the amount of release of greenhouse gases.

Curiously, the melting of the Antarctic ice sheets could temporarily delay the process of global warming for a few years. “It would cool the surface of the southern oceans, thereby delaying the effect of global warming by 10 years. However, later on, global warming will march on,” Jourdain said.

And this effect could push sea levels even higher in the next century. “Our projections are limited to the year 2100. At the current rate of warming, there is no doubt that the sea levels will rise even more afterwards, thereby putting even more people at risk,” he said.

A recent study by a different research group has shown that the Arctic could have its first ice-free summer by as early as 2035.