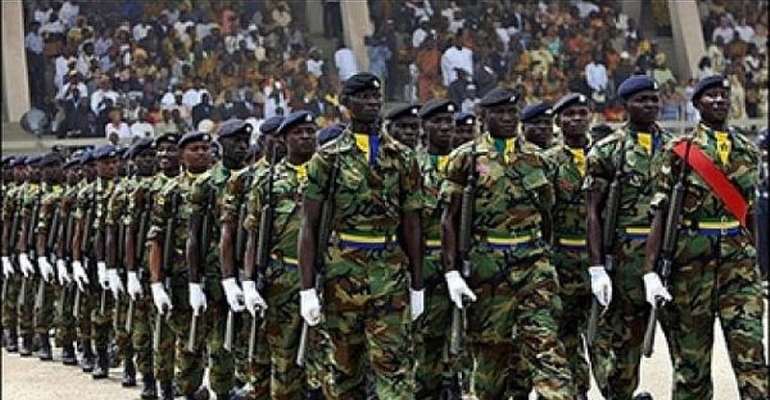 Civilian employees of the Ghana Armed Forces (GAF) are threatening a massive demonstration over poor conditions of service, the first time in the history of this country.

ModernGhana has gathered that the Civilian employees receive a paltry Gh¢50 as monthly allowance while their colleague soldiers always smile to the banks. The situation is not different from employees who hold Master's Degrees, 1st degrees, Chartered Accountants, HNDs as they all take home the Gh¢50 monthly allowance.

The civilian employees serve and work harmoniously with the armed forces but their interest has never been taken seriously by the hierarchy of the Armed Forces Command.

A source familiar with the matter told ModernGhana that government has been playing jest with them and the military hierarchy has always cast a shadow over their demands.

This reporter was told that anytime the issue resurfaces to better the conditions of service for both civilian employees and soldiers, they (Civilian employees) are always relegated to the background.

The source told this reporter that the issue of poor working condition has been on the back burner for many years.

Some employees who pleaded on condition of anonymity stressed that their top officials are taking them for granted due to the nature of the institution they serve which bar them from forming a union to fight for their common interests.

"They have been left to their own fate. They are now tired of the situation and are now giving an indication of a demonstration of some sort very soon to draw attention to their plight. They work for 35 years and over and go home with almost nothing because the salary is so low and that means very meagre retirement benefit from SSNIT. So heartbreaking to see some of the pittance monies they receive when on retirement," the source emphasised.

The over 7000 Civil employees said they are fed up to the back tooth and will embark on such action to register their displeasure over the adamant posture of government regarding their welfare.