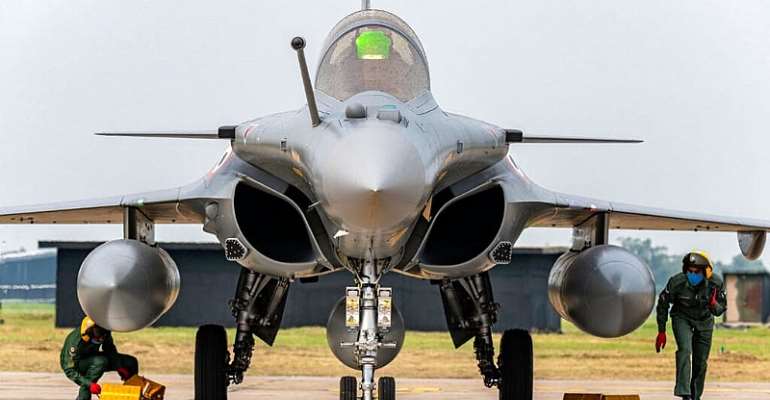 India's audit watchdog has come down heavily on foreign vendors for not fulfilling their commitments to an offset policy for defence procurement, including France in its deal for the sale of 36 Rafale fighter jets. The policy includes conditions for foreign direct investment and technology transfers, which the authority says are not forthcoming.

India's national auditor, the Comptroller and Auditor General (CAG) sharply criticised the Defence Ministry's policy for offsets, which also governs the deal with France for 36 Rafale jets made by Dassault Aviation.

The French firm has so far not made good on its offset obligation to the Defence Research and Development Organisation, the national auditor said in a report.

Under the offset policy, a certain percentage of the deal value with foreign firms should flow into India as foreign direct investment or FDI, which would eventually include technology transfer, local manufacturing of advanced components and creating jobs.

In its report titled "CAG's Performance Audit Report on Management of Defence Offset", the auditor pointed out that French aerospace major Dassault Aviation and European missile maker MBDA, which supplied armaments for the Rafale jets, have not yet discharged their 30 percent offset obligation.

The CAG made the observations in its latest report, which was tabled in parliament Wednesday.

“In many cases, it was found that the foreign vendors made various offset commitments to qualify for the main supply contract but later, were not earnest about fulfilling these commitments,” the financial watchdog said in its report.

Congress leader P Chidambaram attacked the government after the CAG called for a review.

“The offset obligations should have started on 23-9-2019 and the first annual commitment should have been completed by 23-9-2020, that is yesterday,” said Chidambaram.

“Will the government say if that obligation was fulfilled? Is the CAG report the opening of a can of worms?”

France's Defence Minister Florence Parly flew into India on 11 September as the country inducted a first batch of five long-overdue Rafale fighter jets into its air force in a special ceremony.

In September 2016, India inked a direct deal with the French government to purchase 36 new Rafale fighter jets in a nearly 8 billion euro deal. France has been one of India's steadfast material suppliers for decades.

Known as the 4.5 generation aircraft, the Rafale is considered to be one of the finest fighters in the world and is described as an 'omnirole' aircraft that can take up several missions on a single flight.

Officials pointed out that the second batch of Rafale fighters which could be four in number was expected to arrive in October.

India is the fourth country to fly the Rafale after France, Egypt and Qatar.