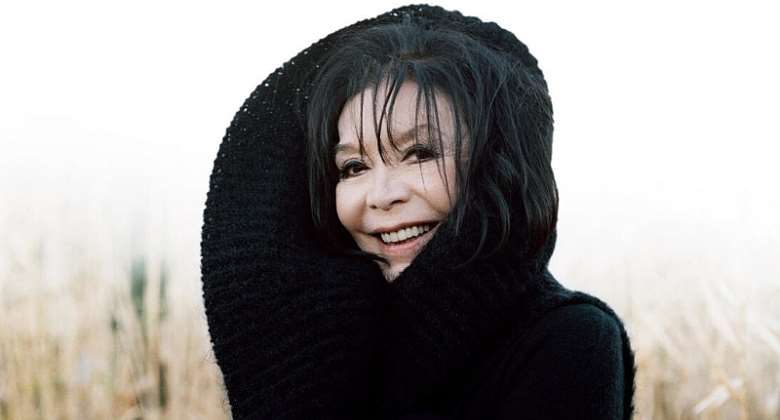 French singer and actress Juliette Gréco embodied the spirit and style of post-war Paris and lived as a non-conformist free spirit through to her death on 23 September. She was 93. What other kind of person would have dared to sing Déshabillez-moi (Undress me) in their late 80s?

Juliette Gréco enchanted France with her raspy voice and powerful if minimalist stage performances in a career lasting more than six decades. She kept touring and seducing until 2015, a stroke the following year forcing her into retirement for good.

“I miss it terribly. Singing is my reason for living,” she told Telerama magazine in an interview in July this year. “Singing is everything: there's the body, instinct, the mind.”

President Emmanuel Macron praised Gréco's “elegance”, saying that in death she took her place in the “pantheon of chanson française” alongside Jacques Brel, Leo Ferré, Georges Brassens and Charles Aznavour.

He somehow forgot to mention the late Barbara – France's other monumental Grande Dame of French song.

“The muse of Saint-Germain-des-Prés is immortal,” Macron tweeted.

The 'muse' of Saint-Germain-des-Prés

Gréco was both the face and voice of Saint-Germain-des-Prés, the bohemian quarter on the left bank of the Seine which turned into a playground and watering-hole for intellectuals in the post-war years.

She settled there in 1946 after the Libération, and as the capital came back to life, made a name for herself performing in its nightclubs.

They appreciated her unusual look (black eye makeup, baggy clothes, long jet hair) and her lack of inhibition. She was drawn to their intelligence.

“Sartre and de Beauvoir talked to me. I was young, I didn't know much, but I had big ears,” she told Auguste Trapanard in an interview on France Inter in 2015.

Gréco didn't compose her own material, preferring to lend her wispy voice – half sung, half spoken word – to breathe something unique into the work of the young songwriters she admired.

In the early years, she had hits with Si Tu T'imagines, Parlez-moi d`Amour and Je Suis Comme Je Suis.

In 1967 she recorded Déshabillez-moi (Undress me). It had originally been written for a striptease act but Gréco managed to persuade the songwriters to give it to her.

It was banned from the airwaves and she wasn't allowed to perform it on television. But May '68 changed attitudes towards sexual mores and it became the summer hit in France in 1969.

Poets and philosophers also queued up to write for her. Sartre wrote Rue des Blancs-Manteaux.

"She had a million poems in her voice," said the existential philosopher. "It's like a warm light that revives the embers burning inside of us all. In her mouth, my words become precious stones."

Chanson française was in full swing but the soundtrack to post-war Paris was bebop jazz.

She remembered being mesmerised by his looks and his talent.

“When I saw Miles I didn't notice he was black. I saw a man with a trumpet, with unique talent,” she told Trapenard. “When he left the stage, he looked at me, I looked at him, and it began.”

Despite the language barrier, they had a passionate love affair, and caused a scandal.

"It wasn't chic to be racist in Paris at the time,” Gréco said, but things were different in the US.

When Jean-Paul Sartre asked Davis why he didn't propose to her, the musician replied: "Because I love her too much to make her unhappy."

He considered she'd be seen as a "negro's whore" in the US and her career would be destroyed.

His point was proven some years later when Gréco invited Davis to dine at a posh hotel in New York.

Service was shameful and the staff visibly shocked to see a sophisticated white woman with a black man.

At the end, Gréco took the waiter's hand as if to kiss it, then spat in his palm.

Ever the rebel, in love and in song

Gréco was a non-conformist early on.
When her mother, a captain in the Résistance, was arrested by the Gestapo in 1943 along with her older sister, she tried to get taken along too by spitting into the soldier's palm.

Gréco, just 15, was spared the camps, but spent a month in the notorious women's prison of Fresnes.

Her wartime experiences left her allied to the political left, but she valued her independence.

In 2015, she defied calls by the BDS movement to boycott Israel, performing in Tel Aviv in May of that year as part of her final tour.

She gave a command performance for Augusto Pinochet, the Chilean dictator in 1981.

He thought he'd scored points getting the star to perform, but her repertoire consisted entirely of songs he had banned.

"It was the greatest triumph of my career," she remembered.

“I've been at war since birth,” Gréco told Trapenard. “Against people who show bad faith, nasty people, people who don't want to see the truth.”

Musically, Gréco never stopped experimenting. She sang songs by people she admired, regardless of the genre.

In 2009, she released Je Me Souviens de Tout (I remember everything), a mix of both traditional songs and more modern ones written by young French talents Christophe Miossec and Olivia Ruiz.

She recorded Romeo and Juliette with the rapper/slam poet Abd Al Malik.

“I think rap is the new language in French song,” she told Trapenard. “We must listen to the language of youth, try and understand what they have to say and work with them.”

Back in 1991, Gréco found herself alongside French rap band Suprême NTM at the Printemps de Bourges festival,

After exchanging their experiences of being censured, Gréco said: “I feel much closer to these young people than to some others who pretend to continue defending a so-called French tradition”.

She said she was too proud to carry on. "I was tired and didn't want the public to pity me," she told Trapenard.

Her relationship to performing live had always been sensual and she had likened singing to sex.

“An audience is like a lover,” she said. “You have to start slowly, softly, with a thousand caresses, tears and doubts…then give everything so that they love you.”

She gave everything at her final performance at the Paris's legendary L'Olympia concert hall, treating the crowds to classics like Sous le Ciel de Paris and the Brel anthem Amsterdam.

And of course the ever-popular Déshabillez-moi (Undress me).

“It's a beautiful song, people feel relaxed listening to it,” Gréco said.

Though she had admitted there was “something improper singing that song at my age".

For the hordes of Gréco fans, in France and abroad, the message was jubilatory: that of a woman who lived the life she wanted to live, who loved the people she wanted to love.

“She dared to sing it on stage in her 80s,” remembered music journalist Didier Varrod. “The way she changed her voice, almost whispering, it became almost an S&M moment.”