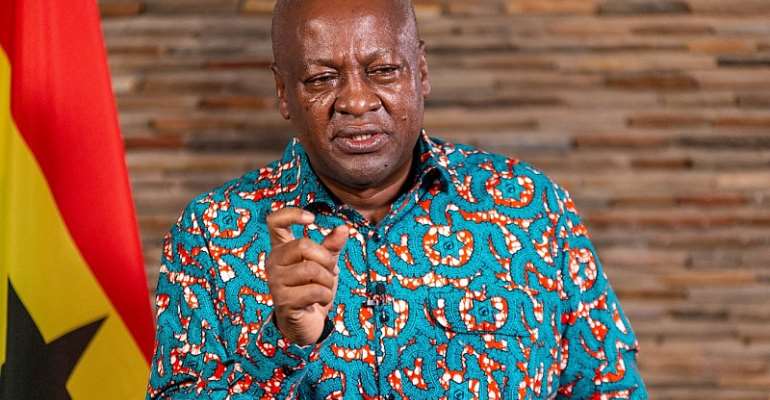 The NDC flagbearer made the comment at a press conference to address issues of missing names from the register on Thursday, 24 September 2020.

“The voter registration exercise was charactised by bigotry and exclusion, where many citizens were crudely prevented from registering on the pretext that they were not Ghanaian.

“These acts of intimidation were perpetrated by the state security apparatus, which is now filled with vigilante elements loyal to the ruling NPP, with an impunity reminiscent of events that took place at Ayawaso West Wuogon early last year.”

He also noted that President Nana Addo Dankwa Akufo-Addo’s inability to take action on the irregularities that occurred during the registration exercise was a threat to Ghana’s peace and security.

“What was worse and a danger to our democracy was that in spite of the glaring evidence available, the President of the republic, Nana Addo Dankwa Akufo-Addo, denied knowledge of the occurrence of these events and he actually said that as far as he was aware, everybody eligible had an opportunity to register.

“He also failed to take any action to forestall the recurrence of such act of political thuggery.”

“I regret to note that these irregularities, inconsistencies and intimidation are generating anxiety among the Ghanaian public that the upcoming elections may not be free and fair.

“It is deeply troubling that the ongoing exhibition of the voter register has revealed significant omissions and, in some cases, the deletion of names of registered voters on a wide scale.

“As an interested party in the December elections, we want to state strongly that these alarming warning signs do not bode well for a free and fair elections.”