J. P. Adjimani Bows Out Of Active Service After 28 Years At University Of Ghana 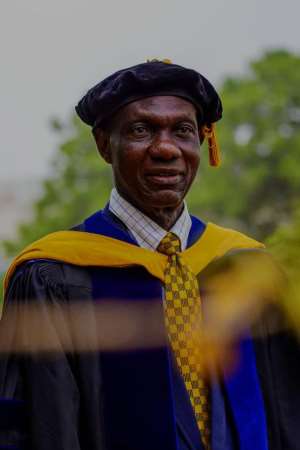 Fondly called by his students as "Dr Adji", the academic retired from teaching in July 2020. His influence on his students has been overwhelming as many recount how their perception about life was changed after their encounter with him.

He has mentored several scientists and changemakers all over the world who attribute their success to him. For decades, his unique style of teaching has helped raise a generation of scientists who are doing great in various capacities.

J. P. Adjimani returned to Ghana from USA and started teaching in the Biochemistry Department on 10th July, 1992. He bows out after 28 years of teaching Science in a very creative way.

He has summarized his life story in his autobiography, THE FEAR OF FAILURE, which is due to be released this October.