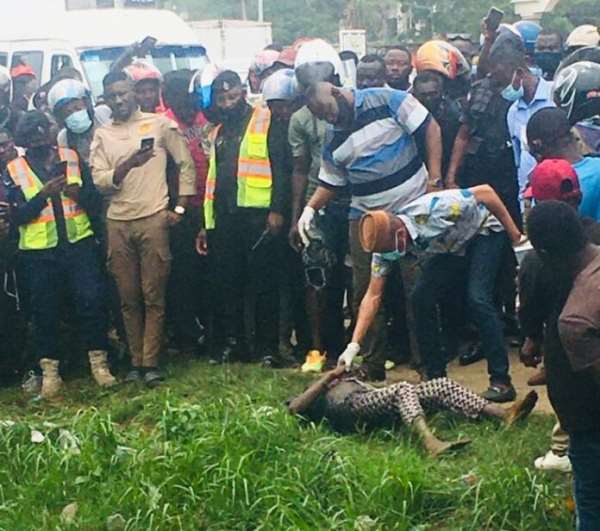 A lady believed to be in her mid-20s has been found dead in a gutter near the State Transport Company(STC) Head office in Accra, Thursday afternoon.

The cause of her death is not known for now.

The deceased who’s yet to be identified was found motionless in the gutter by some passersby who raised alarmed.

Police Officers from the Kaneshie Police Command were called in and retrieved the body from the gutter.

The body has since been conveyed to the Police Hospital.