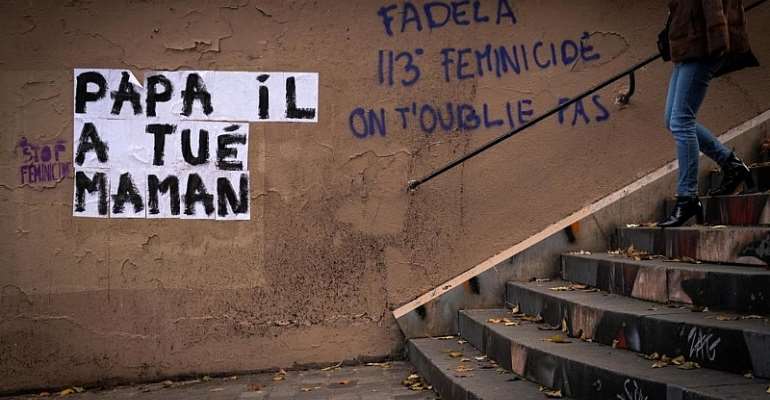 Judges in France will soon be able to order domestic violence offenders to wear electronic tracking bracelets. The measure will be gradually rolled out, starting on Friday, before becoming available to courts nationwide by 31 December.

The measure, which has long been sought by rights advocates, was passed by parliament this year as France grapples with a growing number of women killed by current or former partners.

The GPS monitor alerts women as well as police if known abusers come within a certain distance of their victims. Advocates of the device point to sharp decreases seen after their introduction in Spain and several US states.

As from Friday 25 September, courts in five cities will be able to issue the ankle bracelet: in Bobigny and Pontoise, in the Greater Paris region, Douai in northern France, Angoulême in the south-western and Aix-en-Provence, in south-east France.

The French ministry of Justice said that around 1,000 of the electronic tracking ankle bracelets are currently in stock.

Judges can order the GPS trackers for men convicted of assault. They can also order a man accused of assault to wear a bracelet before he is convicted – if a court finds there is enough grounds for such a measure.

In this case, the alleged offender must agree to wear the bracelet. If he refuses, the judge can order prosecutors to open a criminal inquiry.

The victim will be given a device to keep on her at all times. The alleged offender will have to respect a restraining order as defined by the judge. If the accused oversteps the minimum distance, he will be instantly contacted by the service monitoring the devices.

Should the offender fail to respond or move away, police will intervene.

The move is part of a wider government crackdown on domestic violence promised by President Emmanuel Macron, who has announced increased training for police and the creation of 1,000 new places in emergency shelters.

Official statistics show that 146 women were killed in domestic violence cases last year, up from 121 in 2018.

The French government estimates that more than 200,000 women are victims of marital violence each year, with many cases never reported.

The coronavirus crisis, which prompted a two-month nationwide lockdown, also led to a surge in domestic violence as many women found themselves stuck with their abusers.