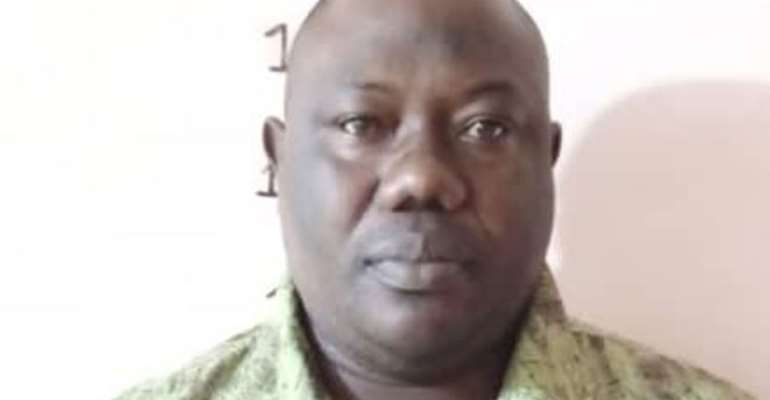 The Kwabenya police have arrested two men suspected to be internet fraudsters after attempting to defraud a female victim of GH¢12,000 under the pretext of renting her a house at East Legon.

The two have been identified as Mohammed Surag, 49, and Yaw Darko, 26.

The police said the suspects had posted pictures of some apartments they claimed were their property on tonaton .com and were looking for interested persons to rent them to.

“Victims who contact them are then defrauded after being shown a house belonging to other persons,” the police said.

DSP Effia Tenge, Accra Regional Police Public Relations Officer, who briefed the media, said the victim who reported the matter to the police said she saw a phone number on Tonaton and the person claimed to be an estate agent with pictures of apartments displayed for rent at East Legon.

The victim said she expressed interest in the deal and called for more enquiries.

She said on September 18, 2020, she met the two suspects who claimed to be a landlord and an agent respectively and they led her to East Legon to show her some apartments they claimed ownership.

“The victim expressed interest in renting one of the apartment and the suspects told her they were charging GH¢1,000.00 per month for two years. The victim said after negotiations, she gave them a cheque with a face value of GH¢12,000.00 for them to cash.

“The suspects presented the cheque to the bank same day but they were told that the said amount can only be transferred to their account and so the suspects called the complainant and told her that they owed their banks so they cannot transfer the money into their personal bank accounts,” she narrated.

The suspects then requested physical cash instead and the victim who at this point suspected them to be fraudsters reported them to the police.

DSP Tenge said in their respective caution statements the suspects admitted to the offence and are in police custody assisting in investigations.