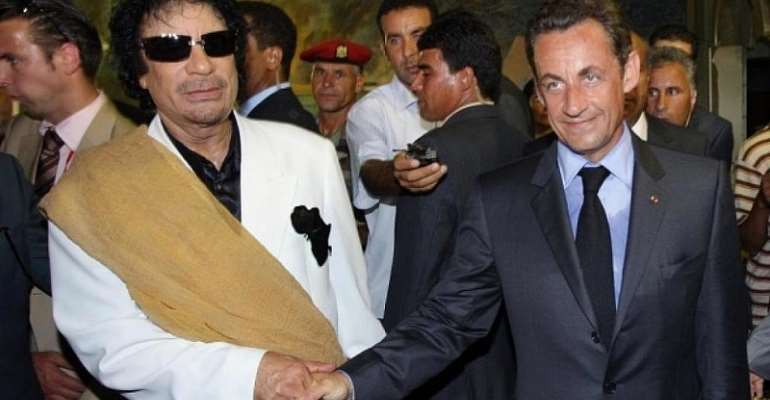 A Paris court has thrown out an appeal by former French president Nicolas Sarkozy to block an inquiry into claims he used millions of euros from the regime of ex-Libyan leader Moamer Kadhafi to fund his 2007 election campaign.

The appeals court of Paris on Thursday announced that it had given the green light to go ahead with an investigation into the funding of Nicolas Sarkozy's 2007 campaign which began seven years ago, paving the way for a trial.

In 2013, Office of the Public Prosecutor in Paris initiated a judicial inquiry into charges of active and passive corruption, influence peddling, and misuse of company assets.

Sarkozy is accused of financing his 2007 campaign with money from Libyan dictator Moamer Kadhafi, who was toppled and killed in 2011.

The former president has always denied the claims that he received millions euros from Kadhafi's regime.

He will now have an option of making a final appeal to France's highest court.

"We can clearly see that judicial corporatism exists…this is a non-existent case, the investigating chamber has simply ticked boxes, which shows how there is no longer adequate penal procedure in France," Francis Szpiner, a lawyer for Alexandre Djouhri, a businessman being questioned over the affair.

"To see that all options have been rejected is extremely worrying, which means that lawyers are always wrong and the court is always right," complained fellow lawyer Jean-Marc Delas.

"It's astounding that in a case of this nature, which was a fiasco since the beginning built on shifting sands, the fantasy surrounding it is still alive," he added.

"I think that the judges resisted enormous pressure of many kinds," he told AFP.

The inquiry opened in 2012 after investigative website Mediapart published a document which claimed that Sarkozy's winning 2007 presidential campaign was financed by Kadhafi's regime.

In seven years, judges came across dozens of testimonies from Libyan officials, including Kadhafi's son, secret service memos from Tripoli, accusations by third parties, all supporting the illegal financing claims.

However, no actual material proof has been found, even if some suspicious financial transactions have been the object of nine separate legal inquiries to date.