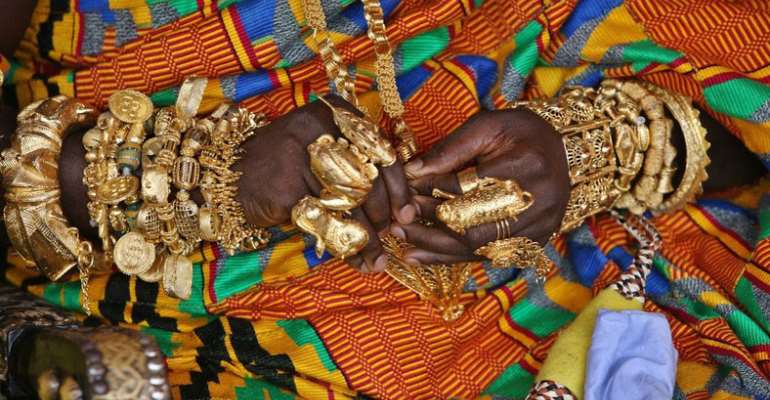 The chiefs at the Asankrangwa Divisional Area in the Western Region have denied media reports that they have endorsed the opposition National Democratic Congress (NDC) ahead of the December 7 general election.

The Gyaasehene of Asankrangwa, Nana Adu Boahen, was said to have made some statements to suggest the chiefs were solidly behind the NDC when the running mate of the NDC, Prof. Jane Naana Opoku-Agyemang, visited the Amenfi West Constituency on Tuesday, September 15, 2020.

A statement signed by the Stool Secretary, Andrew Kwame Appiah, and copied to DAILY GUIDE, said the chiefs made it clear that the words of the Gyaasehene had been misconstrued, hence the need to set the records straight.

According to the stool secretary, the speech made by the chief was the same whenever any of the presidential candidates and running mates paid a courtesy call on Nananom.

“The Divisional Council has the history of neutrality on politics. We do so acutely aware of the political divide that has polarised our traditional area and constituency. Rather than endorse, we encourage and that is what we did when the lady Professor took her turn to visit us,” the statement said.

“It is unfortunate that the language of neutrality Nana Adu Boahen employed, perhaps with the embellishment of royal diplomatic semantics, didn't sit well with sections of the public,” the statement indicated.

It added that the chiefs are aware that all political parties have equal chance of emerging victorious in the December 7 elections.

The statement said the chiefs are aware that any of the parties could win the elections so they asked her to help provide them with developmental projects that would benefit the people when given the nod.

“This explanatory note does not proceed from prejudice, ill-will or fear; neither is it born out of sycophancy or eye-pleasing service,” the statement said.

“We stick to our statement that our area has long been neglected by politicians since 1992.

“This we reiterated during the visit of Professor Naana Jane Opoku-Agyemang, and we shall continue to engage any other visiting political party on such developmental issues,” the statement stressed.

It affirmed that the act of political endorsement was alien to the standard of neutrality of the traditional rulers.

“We would, therefore, not engage in this divisive scheme which has a strong potential of hurting our common purpose and unity as a nation,” the statement added.