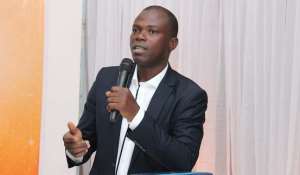 The Executive Director of Media Foundation for West Africa (MFWA), Sulemana Braimah has indicated that there are inconsistencies with the National Communication Authority (NCA)’s database on authorised radio stations in Ghana.

Addressing the media on the issue in Accra on Wednesday, 24 September 2020, Mr Braimah suspects that some information was deliberately omitted from the data given to them by the NCA.

This, he said, was because of the discrepancies that the MFWA identified.

“We did place a call to a senior official at the NCA, the Director for Consumer and Corporate Affairs and we had a very simple question. The question was, we noticed that in your 2020 database, which is a list of all authorised FM stations as of June 2020, there are radio stations that have their first date of authorisation as way back as 2002 and the last date of authorisation renewal is blank.

“We also see that some of the stations, maybe first authorisation, 2002 and last date of authorisation is indicated as 2020, which means that the document has been updated as recently as 2020,” he said.

He highlighted some of the questions directed at the NCA.

“So if we find that some of the stations have blanks in the spaces that you're supposed to indicate the last date of authorisation renewal, how should we interpret it? Should we take it to mean that those stations have not renewed? And if they have not renewed and we have presented them as authorised FM stations, why have they not been shut down just as the others have been shut down?” he quizzed.

Mr Braimah, therefore, intimated that in an attempt to get clarification on the questions raised, the MFWA wrote formally to the NCA, adding that: “To our surprise, the following week, the NCA decided to change how they presented the data and what they did was to remove the two dates that will raise questions about any discrimination or any discrepancies in the way they present the data.

“I believe that if you compare this with the earlier table we showed you, you will realise that the two columns have been taken off and of course without those two dates, no one can raise any questions about why some stations have no indications while others have,” he noted.

The letter, signed by Mr Braimah and dated Wednesday, 22 July 2020, requested “the full list of all authorised FM stations as of the second quarter of 2020, indicating the dates of first authorisation, dates of last authorisation renewals, locations, and operational status (on-air or off-air).”

The MFWA also requested “the full list of all authorised television stations as of the second quarter of 2020, indicating dates of first authorisation, dates of last authorisation renewals, locations and operational status.”

The letter also requested “the full list (name of the company, name of the radio station, location and frequency number) of all FM radio stations that were shut down following the 2017 FM spectrum audit and in line with the 2018 decision of the Electronic Communication Tribunal.”

In response to the MFWA’s letter, NCA demanded a sum of GHS2000 in order to have access to information the Foundation requested.

In a letter written back to the MFWA dated 20 August 2020, the NCA explained that the payment satisfies a requirement per Section 82 (1) (b) of the Electronic Communication Act 2008, Act 775 to facilitate the generation of the search report.