The Office Of A Vice-President (I) 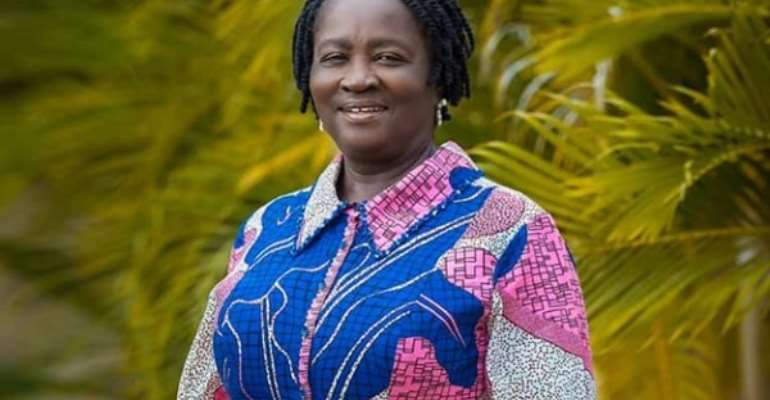 My other issue with the radio stations was: Why should the character of an honourable citizen of the calibre of Naana be subjected to such silly discussions without her consent and approval just because a radio station wanted to do so? For the sake of objectivity, why couldn't the radio stations invite apolitical and knowledgeable personalities to discuss the issue instead of the two major political parties? The sad thing about the discussions was that some views sought to degrade her status, some impugned her integrity whilst others virtually insulted and made a laughing stock of her. I listened to some of the discussions and I felt a lot of injustice had been done to her image just because a radio station wanted to make some money. It's about time we mature politically in the way some political issues are conducted in this country.

The selection of a vice-presidential candidate is the sole responsibility of ex-President Mahama and no one has any right to question him except the NDC and even then if he stands by his choice, there is nothing the NDC can do. The other interesting point is that ex-President Mahama did not make the selection because he wanted to but this was in fulfilment of Article 60 (2) of the Ghana Constitution. Naana's academic qualifications are impeccable and none of the people who sought to denigrate her possess half of her academic achievements. As regards her performance as a vice-president, it is silly and sheer waste of time to discuss simply because she is not a presidential candidate and assuming Mahama wins (God forbid), her performance will largely depend on how much room she would be allowed to operate.

The vice-president is the first person in the presidential line of succession and assumes the presidency if the president dies, resigns, or is impeached and removed from office. Historian Arthur Schlesinger Jr says, “It is like human appendix, a vestigial organ on the body politic”. Another historian John Nance Garner called the office a lot of things, some of them not as polite as “a spare tyre on the automobile of government.”Arthur Schlesinger Jr, a historian, social critic and former special assistant to President J. F. Kennedy of USA, a Pulitzer winner who wrote over 500 books, commenting on the office of vice-presidents in the United States, stated that “it is a doomed office. No president and vice-president have trusted each other since Jackson and Van Buren. Mistrust is inherent in the relationship. The vice-president has only one serious thing to do: that is, to wait around for the president to die. This is hardly the basis for cordial and enduring friendships. Presidents see vice-residents as death's heads at the feast, intolerable reminders of their own mortality.”

“Presidents, whatever they may say, do not choose their running mates because they want to train them as successors. All presidents see themselves, if not as immortal, as good for two terms at least. They pick running mates not because he/she is the second best citizen of the republic and fully qualified for the presidency but because of intricate and generally mistaken calculations about the contribution he/she will make to victory at the polls. Whether they should or not, their 'balance ticket' is in any case a fraud on the public.