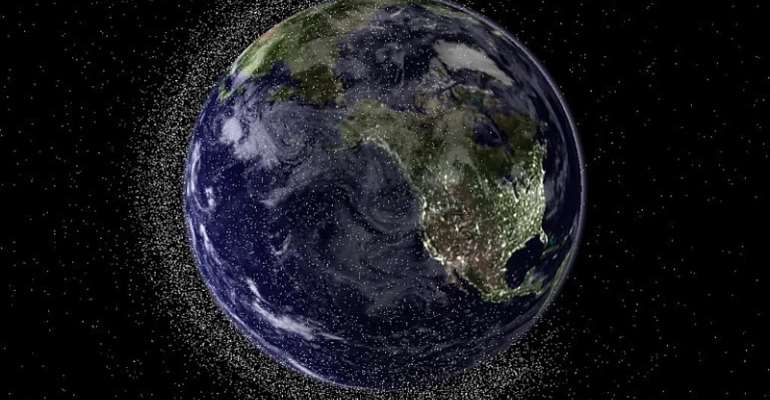 For the third time this year, the International Space Station (ISS) carried out an avoidance manoeuvre that put it out of harm's way of a piece of debris that passed within 1.4 kilometers at a speed close to 30,000 km/hr on Tuesday.

“It could have been very dangerous. The debris may be very small, no more than a few millimeters thick but it can have a very big impact on the space station,” Pierre Omaly, space debris expert from the French space agency CNES told RFI.

The incident has again put the focus on the menace of space junk.

Space debris refers to fragments of objects such as satellites, rocket parts and missiles which are formed due to collisions, explosions or wear & tear.

These small pieces orbit the Earth at very high speeds. Situated in low earth orbits, they are categorised according to their size, with a tracking mechanism for those measuring more than 10 centimetres.

“There are 20,000 such objects that can be tracked. However, smaller objects whose size is more than 1 centimetre amount to 900,000 while the number of fragments more than 1 millimetre is 130 million which cannot be tracked,” Omaly said.

Objects larger than 1 cm have the potential to totally destroy satellites while debris more than 1mm can damage satellite equipment such as solar panels.

In 2016, a solar panel of the European Space Agency satellite Sentinel-1A was hit by a millimetre sized piece of debris causing a sudden small power reduction.

The problem of space debris has increased manifold in recent years due to the increase in the number of satellite launches. As a result, space agencies have been increasingly focusing on avoiding and managing space debris.

Some technological initiatives include the use of new materials that can withstand the shock of micro debris, developing debris removal systems and developing batteries that don't explode following an impact with space debris.

France has even passed a law related to space debris, becoming the first country to do so.

Some of the key elements of the French law include demonstrating objects sent to space won't explode, retirement of space objects after 25 years of service, and deactivating fuel tanks and batteries after the satellite retires.

‘We’ll go hungry if we stop light fishing’ – Fishermen in El...
30 minutes ago