Mahama To Speak On Missing Names In Voter's Register Today 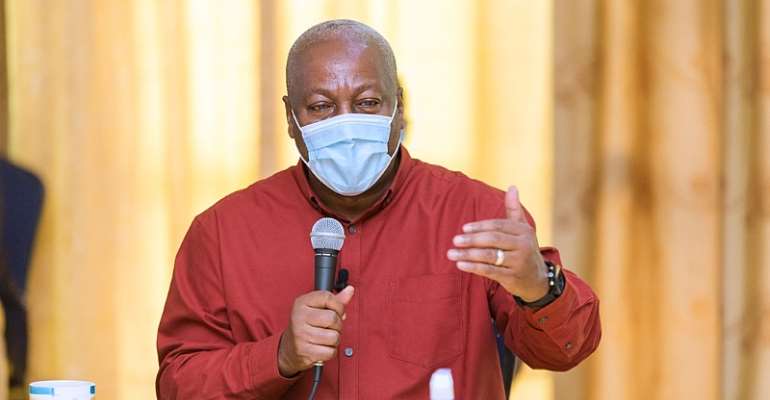 Former President John Dramani Mahama is expected to speak today, September 24 on the reported missing names on the electoral roll.

A statement signed by the NDC’s Campaign Spokesperson, James Agyenim-Boateng indicated that the address will be delivered at the party’s headquarters in Accra.

“The presidential candidate of the National Democratic Congress (NDC), John Dramani Mahama will on Thursday speak to the nation from the NDC headquarters in Accra at 1 pm on the integrity challenges of the electoral process and unfolding events that threaten to undermine Ghana’s stability and democracy,” said the statement.

The NDC had alleged that the ongoing voters’ exhibition exercise has been fraught with electoral irregularities.

John Mahama and his running mate, Professor Jane Naana Opoku-Agyemang both suspended their regional campaigns over the concerns with the register.

The former President said too many issues have characterized the voter registration and exhibition exercises due to the EC's poor management.

He has since called on the international community to as a matter of urgency intervene in the electoral processes in Ghana.

He said they must take a keen interest in current happenings which he described as chaotic.