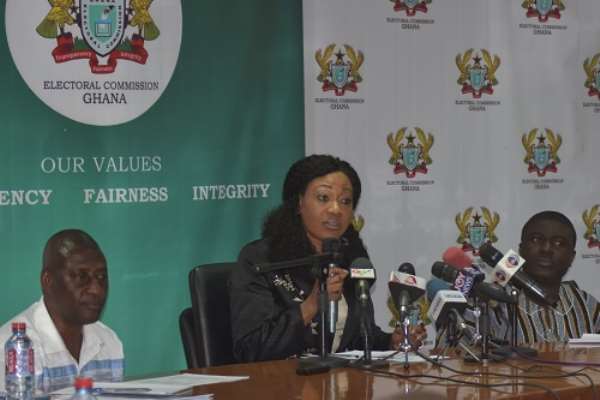 The Electoral Commission is running to hold a crucial meeting with political parties later this morning, Thursday, September 24 on brewing tensions over alleged missing names from the provisional electoral roll.

The incident which is being recorded on a large scale from across the country has already incurred the wrath of the opposition National Democratic Congress (NDC) whose flagbearer, John Dramani Mahama, described it as a reflection of the Electoral Commission's legendary incompetence.

The NDC sees this as a deliberate attempt to disenfranchise eligible voters in its strongholds and forewarns of chaos on election day if the situation is not immediately rectified.

The Inter-Party Advisory Committee (IPAC) meeting today is thus expected to afford the stakeholders to forge a consensus on the thorny issue.

Political parties, accredited civil society groups, donor partners and officials of the electoral Commission are expected to participate in this meeting.