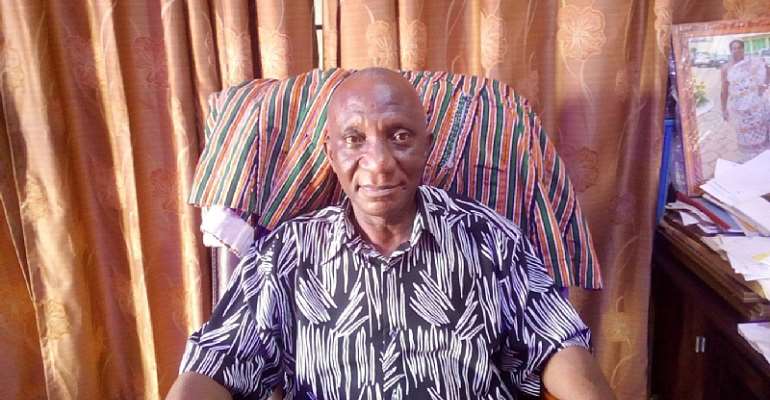 The newly elected National Chairman for Ghana Private Road and Transport Union (GPRTU) Nana Nimako Bresiama has advised drivers in the country to avoid engaging themselves in political debates behind the steering wheel.

The attitude, he observed leads to several road accidents.

Speaking to our correspondent at his Kumasi office to outline measures to revamp the union, Nana Brasiama who also doubles as the Ashanti Regional Chairman of the Union observed that as the December 7 general elections draw closer, some drivers instead of focusing their attention when driving are often swayed into politics, a conduct he describes as dangerous and contradicts the motor traffic regulations.

He argues that driving and engaging in political debates with passengers easily divert the driver’s attention which often end in sad news no matter how experience he is.

According to him, his outfit would soon print out anti-debate stickers that would be displayed pasted on all commercial vehicles in the country to sensitive drivers including passengers.

The chairman cited overloading, wrongful overtaking, drunk driving, over speeding, use of mobile phones whiles driving among others are issues of concern they will delve deeper to sensitise recalcitrant drivers.

He warns that such drivers when caught would be made to dance to the law.

Nana Brasiama vowed to do everything possible to ensure absolute discipline among the union drivers.

His foremost priority, he stressed is to ensure conflict-resolution between some aggrieved Union members across the country.

Nana assured transparency and open door administration to all members.

He thanked members for the confidence they reposed in him by voting him into power, hoping that they would stay resolute and rally behind him to achieve a common goal for all.

NPP may lose 2024 elections if Bawumia is imposed as flag be...
45 minutes ago

Keep quiet and concede defeat because you couldn't perform —...
55 minutes ago