Guinea president appeals to base, calling election a 'war' 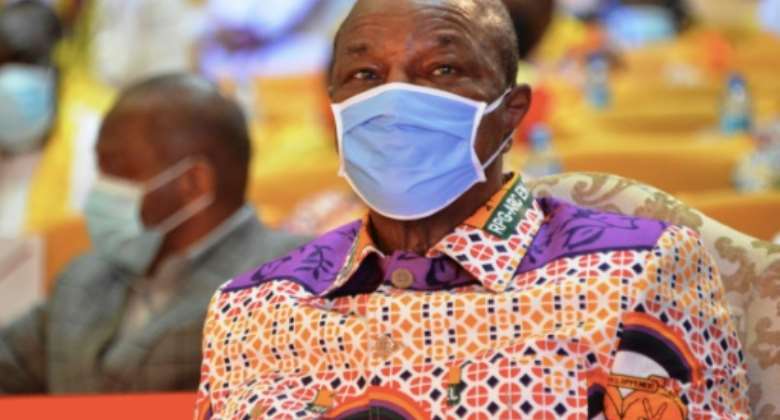 Guinean President Alpha Conde has urged his base to rally behind him in next month's election, where he is controversially seeking a third term, referring to a "war" between his government and the embattled opposition.

Voters go to the polls on October 18, where 11 candidates are contesting Conde's leadership of the West African state.

The 82-year-old president is also running after pushing through a constitutional referendum this year which reset the two-term presidential limit to zero.

In a speech broadcast Tuesday evening, Conde warned that "this election is not just an election, it's as if we were at war".

"The other candidates have formed a bloc to fight me," he said in the Malinke language, referring to an agreement between opposition candidates to highlight credibility issues in the election.

The speech comes amid suspicions about the credibility of Guinea's electoral roll, which opposition figures have suggested includes an inflated number of registered voters in Conde strongholds in the east.

It also comes after the president made an apparent appeal for ethnic support, in a similar campaign speech broadcast on Saturday.

He warned voters not to back an opposition Malinke candidate, for example, arguing that this would amount to a vote for Cellou Dalein Diallo, from the leading opposition party UFDG.

Guinea's politics are mostly drawn along ethnic lines. President Conde's party is largely backed by Malinke people, and the UFDG by Fulani people, although both insist that they are pluralist.

"You haven't forgotten what happened after the death of Sekou Toure," Conde said on Saturday, referring to instability following the death of Guinea's first president in 1984, when looters targeted Malinke homes.

Despite initial hopes of a new political dawn in the country, rights groups have accused the octogenarian leader of drifting authoritarianism.

For example, an anti-Conde coalition called the National Front for the Defence of the Constitution (FNDC) argued that the plan for a new constitution was a Trojan horse to allow Conde to stay in power.

The FNDC led rolling protests against that possibility from October last year, but security forces cracked down and several dozen people were killed in the following months.

Conde won the March 22 referendum -- which had been delayed weeks earlier after observers found 2.5 million unverifiable voter names on the electoral roll -- with 91.59 percent of the vote, according to the official results.

At least 10 people were killed during unrest on polling day, according to the FNDC.

"These statements reflect Mr Alpha Conde's desire to shift the debate to the ethnic arena with the risk of fuelling divisions within the population," the letter said.

"These factors make us seriously fear new electoral violence with an ethnic flavour," it added.