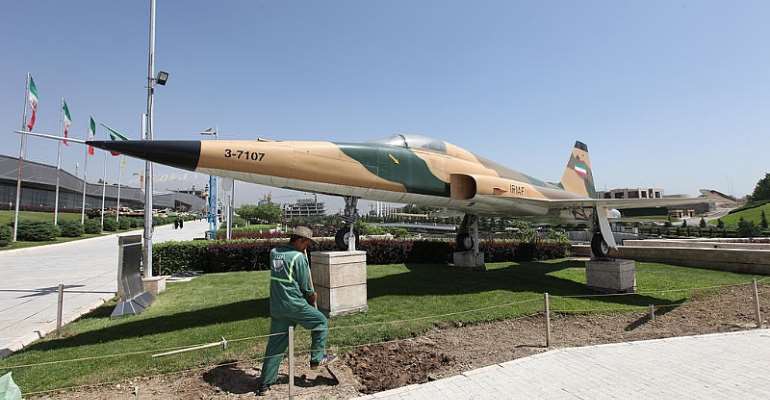 Forty years ago began one of the most devastating episodes in modern Middle East history: the Iran-Iraq war. The brutal conflict was initiated by Iraq's dictator Saddam Hussein, who was supported by the West despite his use of chemical weapons. It lasted for almost a decade before ending in stalemate and cost the lives of 1.5 million people.

“It was a very painful period. The Western powers, and the Soviet Union as well, were all supporting Saddam Hussein, chemical weapons were being provided to him."

Seyed Mohammed Marandi, today working as a political science professor at Tehran University, joined the Iranian Basij volunteer forces as a sixteen-year-old, and was sent to the front. He talked to us about his experiences.

“I fought in the war from the beginning of the third year . . . and I continued to go to the front until the final day.

During the war, Marandi was one of 800,000 Basij volunteers who were sent to the front. The bloody conflict - dubbed the “Imposed War” or the “Holy Defence” in Iran - started just one year after religious leader Ayatollah Khomeini had come to power in a revolution that toppled the US-backed Shah Reza Pahlevi.

Basij members were used as cannon fodder when the Islamic regime, deprived of access to Western technology and arms, embarked on a series of desperate human-wave attacks against western-backed Iraqi forces during the final years of the war.

Sacrifices made by the Basij in the conflict led to them becoming one of the five main components of the Islamic Revolutionary Guards Corps (IRGC), alongsidethe army, navy, air force, and Quds Force.

“Once, two Iraqi planes came, each carrying something like eight rockets, and one of the planes fired the rockets at my battalion. It was not a secret, but it was carried out once in a while. It was something that we had always to be prepared for.

“I think that it enhanced Iran's strength and power significantly. And the fact that we have now powerful forces across the region, whether in Yemen or Iraq, or Syria, or Lebanon, or Afghanistan, that resist American hegemony. That is a result of that war.

“You see a similarity between what I was part of, the Basij, the volunteers, during the Iran-Iraq war, with the al-Hashad (Popular Mobilisation Forces) in Iraq,  the Hezbollah in Lebanon, and the Ansar Allah (Houthi) movement in Yemen, all of them are influenced by that defining war of the 1980s."

War veterans, be it volunteers or regular military, still meet periodically today. But apart from the war memories haunting them, other clouds have gathered.

“Ever since the Coronavirus begin, it it has had a great impact, because many of us had injuries caused by chemical weapons,” he says.

Iran was one of the worst-hit countries at the beginning of the outbreak of the Covid-19 pandemic; currently the country counts over 432,000 cases, while almost 25,000 people were killed by the disease.

“We are more susceptible to the coronavirus, and its impact on the human body than others,” he says, noting that some of his acquaintances “are dying a slow death because of their chemical injuries,” aggravated by the effects of Covid-19. “It's a major concern. And there are many.”

Today, the war still looms over the daily lives of many Iranians.

In 2004, Tehran's then mayor Mohammad Ghalibaf opened competition for the design of what was to become Iran's Holy Defense Museum and Promotion of Resistance Culture, a permanent high-tech exhibition that brings the war back in sometimes chilling ways.

There are scenes with life-size models of soldiers in minefields, wounded, kneeling, marching. A replica of classroom reduced to rubble by Saddam's bombardments, and an enclosed multi-wall projection that simulates an Iraqi air force attack on a busy village street, complete with the sound of sirens and explosions from high-powered loudspeakers.

Another hall, which features walls of pictures of the “martyrs,” some of them children, who died in the 8-year conflict.

Not a thing from the past

Today, groups of school children, but also older people, many of whom lived through the harrowing war themselves, visit the museum. But, notes Sayed Mohammed Marandi, the war is far from being a thing of the past.

“Today the Americans are threatening Iran from in Iraq, across the Persian Gulf and Afghanistan, they have basically surrounded us with military bases.

“So it is not as if the Iran-Iraq war is a memory that is disconnected from our current situation. For the bulk of Iranian society, it is still quite relevant,” he says.