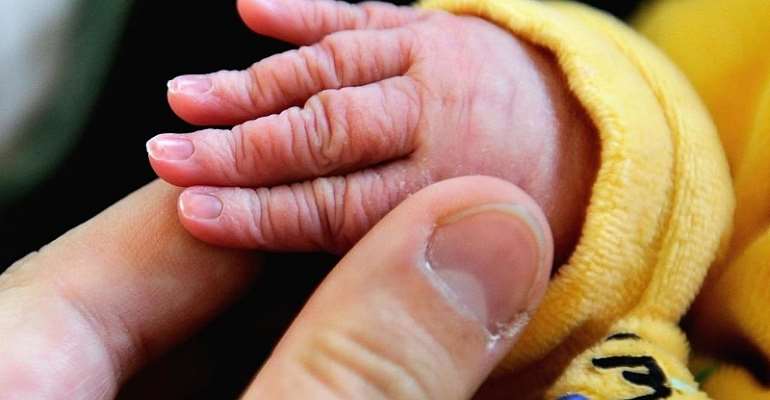 France is to introduce seven days of compulsory paternity leave for either the father or second parent of a newborn, President Emmanuel Macron has announced.

The new legislation is expected to come into effect in July 2021 and brings the country in line with progressive legislation elsewhere in Europe.

The current allocation of 14 days for dads dates back to 2002 and at the time was much longer than in other European nations.

But much more generous leave systems have since been set up, with Nordic countries and some southern states like Spain and Portugal now leading the way.

“The decision we are making is simple, we will bring paternity leave to one month with seven days compulsory for each young father,” Macron said in an Instagram post.

“Fourteen days was not enough, everyone said so, and what's more it was unequal”, he added, justifying the reform in the name of gender equality.

“When a child comes into the world, there is no reason that it falls only to the mother to do the caring.”

A tool to fight inequality

The idea behind the reform is to build a policy which can fight against inequalities at the root, in other words from birth.

It was based on recommendations made by a commission Macron set up last November on the importance of a child's first 1,000 days, led by the prominent French psychiatrist Boris Cyrulnik.

Its report recommended an even longer period of nine weeks paternity leave.

Nonetheless doubling up the current paternity leave was “an evolution, a good start,” Cyrulnik told France Inter on Wednesday. “Things are going progressively, not brutally.”

What's important is that the second parent “develops a bond with the baby”.

“In just a few weeks the baby develops so quickly and intensely that a few weeks is enough to develop the initial bond which will put the mother, father and baby at ease,” he said.

The report also found that longer, and compulsory, paternity leave was a way of reducing post-natal depression which affects between 10 to 15 percent of women.

According to an Elysée official the reform is extremely consensual since “80 percent of the population is in favour”.

The measure has widespread political support from MPs like Julien Bayou (Greens) to Julien Aubert (Republicans).

But MP Guillaume Chiche (Ecology Democracy Solidarity) tweeted it didn't go far enough and would be pushing for 12 weeks with eight of them compulsory.

The current paternity allowance, introduced in 2002, allows the father or second parent to take 11 consecutive days (18 days in the case of multiple births).

Employees are eligible for a further three days of authorised absence from work.

Around seven out of 10 people use paternity leave in France, but there are striking social inequalities. While 80 percent of those on permanent contracts take some or all of these days, the figure drops to 60 percent for people on short-term contracts.

COVID-19: Ashanti Region records 783 cases in one week
49 minutes ago