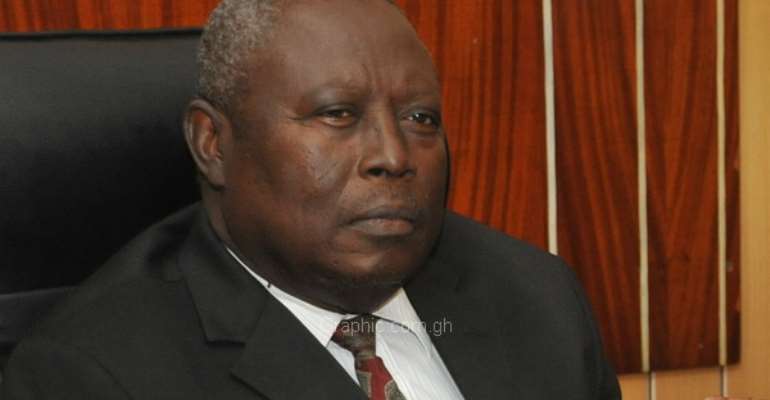 STRANEK-AFRICA has said despite the unjustifiable attack on them by Special Prosecutor (SP) Martin Amidu, the group remains purposeful in its fight against corruption in the country.

This follows the Special Prosecutor’s description of the group’s petition to investigate details of the Agyapa Royalties deal, as “opportunistic and populist.”

Reacting to the Special Prosecutor in a statement issued on Wednesday, 23 September 2020 and co-signed by Executive Director of STRANEK-AFRICA, Nii Tettey Tetteh and Director of Policy and Policy Affairs, Emmanuel Osei, the group, for of all, thanked the OSP for bringing to its notice that its office “has started investigations into the Agyapa deal” and that it has “written to Parliament” to furnish it with the relevant documents.

It, however, indicated that it finds it “petty of a Special Prosecutor to describe a petition sent to you in good faith and in the interest of the people of Ghana, as an opportunistic and populist enterprise”.

“It is difficult to understand the depth of your anger at an organisation petitioning your office to investigate what seems to be a deal fraught with illegality, secrecy and conflict of interest issues.

“If nothing at all, our petition should give you a sense of direction as to the kind of questions that Ghanaians want answers to.”

The statement continued: “Your description of our letter as containing mere 'speculations without more' leads us to believe that you have pre-judged the matter or that you have pre-conceived notions prior to the conclusion of your investigative process”.

“That is very disappointing for someone occupying your honourable office and raises major issues about your fitness to investigate the matter at hand.”

The group also reminded Mr Amidu of its duty, “as citizens of Ghana, to assist in fighting corruption and protecting the public purse.”

It empahsised: “STRANEK-Africa is not in any form of competition with you to ‘take credit for’ any processes as childishly captured in your response, neither do we intend to start one”.

“We will continue to go high when you go low”.

“The fight against corruption cannot be a one-man affair. It requires a collective effort”, the group said.

STRANEK-AFRICA further noted that the fight against corruption “requires a collective effort.

“As a public accountability civil society organisation, we remain resolute in the face of your unwarranted attack.”

It added: “We are all involved in building our nation.”

Meanwhile, Ghanaian law professor, Kweku Asare, has said the Special Prosecutor (SP) must, regardless of how useless it finds leads and information provided to his office by informants and members of the general public, avoid criticising them so as not to dissuade others who may possess information relevant to his office from volunteer same.

Prof Asare, popularly known as 'Azar', in a statement on Tuesday, 22 September 2020, noted that: “A good prosecutor should always welcome leads, information or complaints from the public, even if it turns out that they are not helpful, useful or redundant.

“This is because a prosecutor cannot or does not expect the public to know what information he has or does not have on crimes that have been or about to be committed.”

Prof Asare further stated that: “A prosecutor should not reveal its sources to the public. Nor should a prosecutor publicly slam an informant for providing information that turns out to be unhelpful. Doing so only freezes others who may have relevant information.”

According to the lawyer, this is the reason he finds Mr Amidu’s “latest epistle lambasting and shaming Mr Tetteh of Stranek for allegedly petitioning his office to investigate the Agyapa deal to be astonishing.”

He indicated that: “In the said epistle, the SP accuses the petitioner of being opportunistic and populist. I demur.

“Rather, I think the SP’s actions, obviously calculated to shame the petitioner, will have the negative effect of stopping others from filing such petitions or providing leads to the SP that may turn out to be very relevant.”

Prof Asare added: “There is corruption everywhere. The SP must welcome petitions, even if they turn out to be redundant, do more prosecutions and write fewer epistles.”

In his response to the group, Mr Amidu said STRANEK-AFRICA's petition was geared toward taking credit for processes that have already commenced independently by its office.

According to the Office of the SP, the Agyapa Royalties Agreements and related issues have been matters of public interest since they were approved.

The letter continued: “It is further in the public domain that Parliament and other public institutions have already responded to this office’s request for information and documents.”

It added: “Your letter, therefore, appears to this office as an opportunistic and populist enterprise on your part to take credit for processes already independently commenced by this office. In any case, your letter containing mere speculations without more does not present any legal basis for this office to commit further resources to your request from the public purse.”

In STRANEK’s petition, the group said: “We are, by this letter, petitioning your high office, pursuant to the Special Prosecutors Act (Act 959), 2017, to invoke the jurisdiction of the Special Prosecutor to open investigations into alleged cases of corruption, nepotism, conflict of interest and a general lack of openness and transparency that have characterised the Agyapa Royalties deal of the ruling government”.

“This follows the widespread traction the deal has gained in both traditional and social media.”

“The government subsequently amended Act 978 to ensure that Special Purpose Vehicles established by the Fund get unrestricted independence.

It said on “Friday, 14 August 2020, President Akufo-Addo caused seven (7) agreements relating to the Minerals Income Investment Fund (“MIIF”) to be laid before Parliament for approval.

“The Agreements sought to mortgage Ghana’s future mineral royalties using a Special Purpose Vehicle (SPV) called Agyapa Royalties Ltd. in exchange for an upfront amount of US$500 million to US$750 million.

“Future resources from gold royalties will go to Agyapa Royalties Ltd. instead of the government, and the deal is structured such that it can run in perpetuity”, the petition said.

“Agyapa Royalties Ltd. was incorporated as an offshore company in a tax haven island in the United Kingdom called Jersey (Channel Islands).

According to STRANEK-AFRICA, “the agreements for this deal were indecently rushed through the parliamentary approval process”, adding: “Requests by the Minority for certain important details such as the prospectus, details of incorporation and justification of usage of a tax haven, for effective scrutiny were not heeded by the ruling government and the majority side of Parliament”.

“Requests that parliament be furnished with periodic reports on the activities of the Special Purpose Vehicle for accountability and transparency were also rejected.

“Requests by the Alliance of Civil Society Organisations working on Extractives, Anti-Corruption and Good Governance for a full complement of data and assumptions used in government’s valuation of the royalties being traded did not receive any consideration.”

“It is imperative that the Agyapa Royalties deal be thoroughly and immediately investigated by your office: The Special Purpose Vehicle lacks transparency as it was incorporated in a tax haven causing matters of corporate governance to be clouded in secrecy and making it difficult to provide proper oversight of the company. Mortgaging Ghana’s future mineral royalties in perpetuity runs contrary to the interest of the people of Ghana and Ghana stands to lose billions of dollars in revenue as a consequence of this deal. The deal is intended to monetise gold royalties to fund the budget and ought.