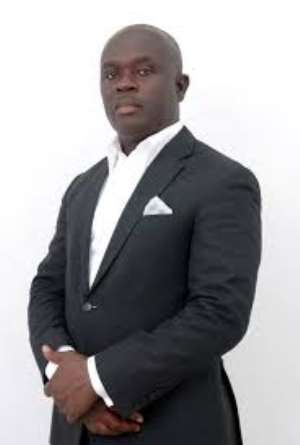 This was contained in a press release from the Ministry of Local Government and Rural Development (MLGRD) signed by the Deputy Minister for the sector, Kwasi Boateng Adjei.

“His Excellency the President in accordance with Article 243(1) of the 1992 Constitution and section 20(1) of the Local Government Act, Act 936, has nominated Kwame Adom-Appiah Esq. as District Chief Executive for Sekyere East District Assembly in the Ashanti Region”, part of the press release reads.

Kwame Adom-Appiah who has training in law is skilled in drafting legal documents, has a reputation as a dependable and accountable legal practitioner as well. 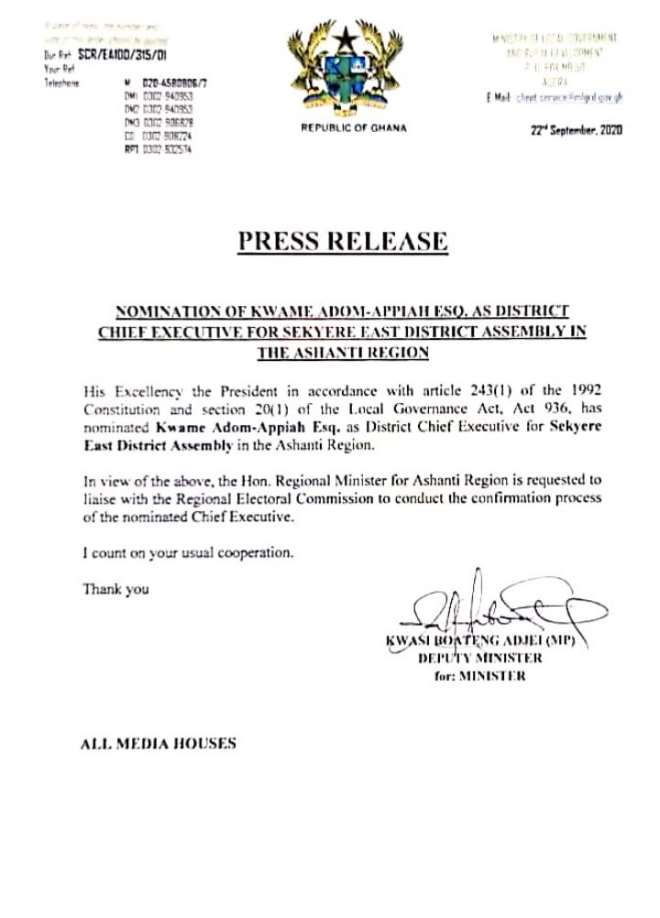