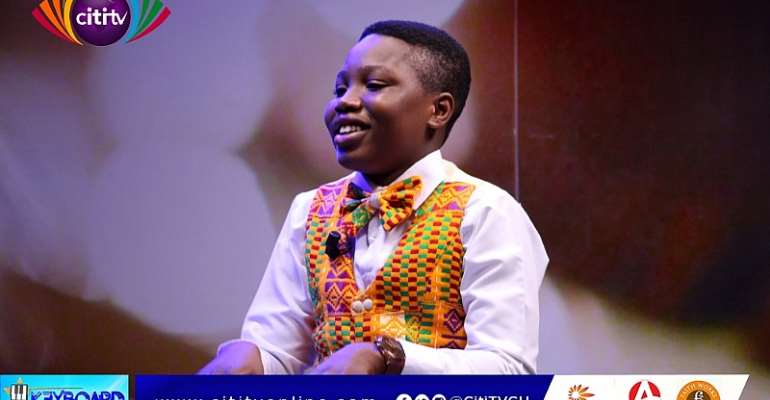 Chris Tamakloe, one of the star performers on Citi TV's Keyboard Idol talent competition, met his untimely death on Saturday, September 19, when a vehicle in which he and his father were travelling was involved in a road accident, at Asutsuare Junction.

One passenger in the minibus died on the spot, while Chris – and other passengers – were initially rushed to the Dodowa District Hospital and later transferred to the 37 Military Hospital in Accra, where Chris, unfortunately, passed away.

A number of passengers including Chris' father, Abednego Tamakloe, have since been treated and discharged.

Chris, 13 had performed earlier that day on the Keyboard Idol show and was fast becoming a favourite among fans, with his stellar keyboard renditions, which attracted commendation from both judges and fans alike.

His presentation of “Jesus Loves Me” arranged by Bebe Winans, was described as “innovative and impressive” by the competition judges earlier that day.

Breaking the sad news on the Citi Breakfast Show on Wednesday, September 23, 2020, Show Host and General Manager of Citi FM/Citi TV Bernard Avle said: “It is with immense pain and sadness that we announce the loss of the extraordinarily-talented Chris Tamakloe, one of the contestants on Citi TV’s keyboard Idol. Our deepest condolences to his family, friends and everyone affected by his passing.”

The station has also announced a temporary suspension of the competition, in view of the unfortunate development.

“The management of Citi TV will provide details of the recommencement of the competition, in due course,” Mr. Avle noted.

The announcement was made after the family of Chris officially informed Citi TV of the tragedy on Tuesday, September 22, 2020.

Listeners of the show and fans of Keyboard Idol were profuse in their commiserations, as comments poured in from all over the country, expressing shock and sadness.

“Oh no Bernard, this is bad news. Chris was my Keyboard Idol. The first time I watched, he was the first person to make an impression on me. We are broken in our home…. Trust he is resting in the Lord's bosom,” another listener texted.

“Bernard, good morning. Chris’ father, Abednego was my co-organist in Legon from 1996 to 2000. Abednego is shattered and we are beyond grief at this moment. It was a joy to see Chris excel beyond us. Abednego and I were organists for Pax Romana Choir. Abednego and I said indeed, may he increase that we may decrease. Rest well, my dear son. Amen,” a texter, Edmund from the Gambia.

The following week, he closed the show with his improvised performance of Ghana's national anthem; a mature and professional display which won him a standing ovation.

Chris was easily the man to beat in the competition, as his skilful playing of both classical and contemporary pieces and interviews with his co-competitors would attest.

He was a student of The Holy Spirit Preparatory School at Ho, where he had completed JHS 1 and was moving on to JHS 2.

He was the sole competitor from the Volta region on the show.

Chris is survived by his parents and two younger sisters.

The 8 remaining contestants had survived two rounds of an eviction and were poised for a round of performances of classical pieces, in the next episode, before Saturday's tragedy occurred.

Don’t incite the youth to protest – Nana B warn failed MMDCE...
34 minutes ago