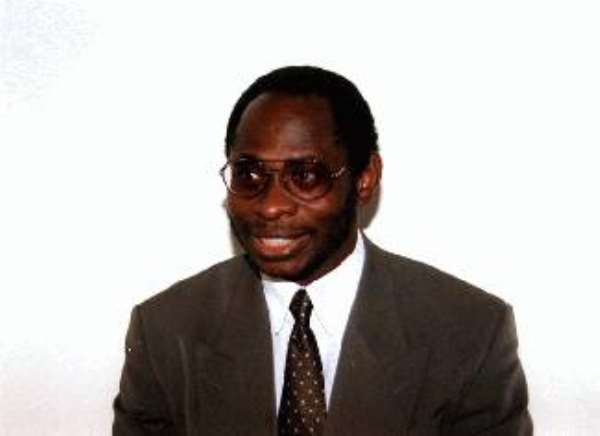 As the presidential aspirants of the ruling party comb the nooks and crannies of the land, canvassing for votes, one of its aspirants has advocated for an early congress to enable the party market its candidate.

According to Dr. Kofi Konadu Apraku, the former Minister of Regional Integration and NEPAD, such a move would help the party heal its wounds before the 2008 general elections.

He said experiences from the party's previous delegates congresses, demonstrated that it took some time for the peeved party members to close their ranks to forge ahead in unity.

Speaking to The Chronicle in a telephone interview yesterday, Dr. Apraku, also the Member of Parliament for Offinso-North, said it would be wholly unacceptable to see their main political opponents campaigning for 2008 after they have elected their candidate in December, this year, while the NPP aspirants continued to engage in contentious competition with perhaps personality attacks to lead the party.

“We need time to heal the wounds. We cannot sit down to see the NDC campaigning for power after they have come out of congress in December 2006, touring the whole country for a whole year or so, while we the NPP engage in campaigns against each other.

“We need to have an early congress so that after the congress, the candidate can be able to unite and build the structures of the party,” he said.

Dr. Apraku, though confident of leading the party to victory in the 2008 polls, dismissed the assertions that an early congress would create more leadership problems.

According to Dr. Apraku, the President has an executive power, which distinguished him from others in the party as far as the flagbearership was concerned and that the impressions created were wholly untrue.

Recounting the previous congresses which saw the party electing flagbearers, he said considering the level of disillusionment, despondency and how party faithful are sitting on the fence, it would be prudent and ideal that the party elects the flagbearer as early as possible to enable the candidate strategize moves to roll back the party members and, above all, market himself.

Dr. Apraku, told this paper further that, “We have almost 14 aspirants in this race of which only one would be elected. At this time, considering how party foot soldiers are disillusioned and with the NDC's high confidence of winning, we need to have a new candidate to revamp the weakening structures.”

He said at this time that the party lacks finances in addition to weakening of structures there was no need to continue to postpone the congress.

To him, an early congress would also offer the candidate an opportunity to do all to unite, build and inspire party members with convincing messages. “It is absolutely important that we select a candidate with inspiring messages to the party members.”

The latest position taken by Dr. Apraku was in collaboration with that of Mr. Appiah Menka, the chairman of council of elders of Ashanti Region, who has always advocated for an early congress.

Apraku, who at last Thursday's meeting with the women organizers at his house, challenged the party to organize elections because he stands the chance of emerging as the winner because of various indicators, said, he believes that he has done enough as a party member, a former Minister and an MP to lead the NPP.

“Let us have elections today or tomorrow, I am confident of winning because I know I have done enough and I have what it takes to lead the party.”

According to him should the NDC elect their flagbearer in 2006 and perhaps use next year to heal their wounds and come under one leader with a common aim of unseating the NPP, it would not be well with the NPP.

As to why he stands tall among other aspirants, he said, “You know when President Kufuor first wanted to contest, he was told that he was too young, but he refused to listen to the advice and contested.

He took the third position and later became the first and now the president. When I also decided to run, I was also advised not to run because I was then young, but I also refused and went to the polls and became third.

What happened to Mr. Kufuor would happen to me this time as I am contesting. God has ordained me to be the president and this is my time,” he said.

Meanwhile, a crucial delegates congress to amend the party's constitution, which must precede the national congress, that this paper gather would cost about ¢2.6 billion has been postponed for lack of funds.

Free visa for Ghanaians traveling to South Africa by end of ...
3 minutes ago