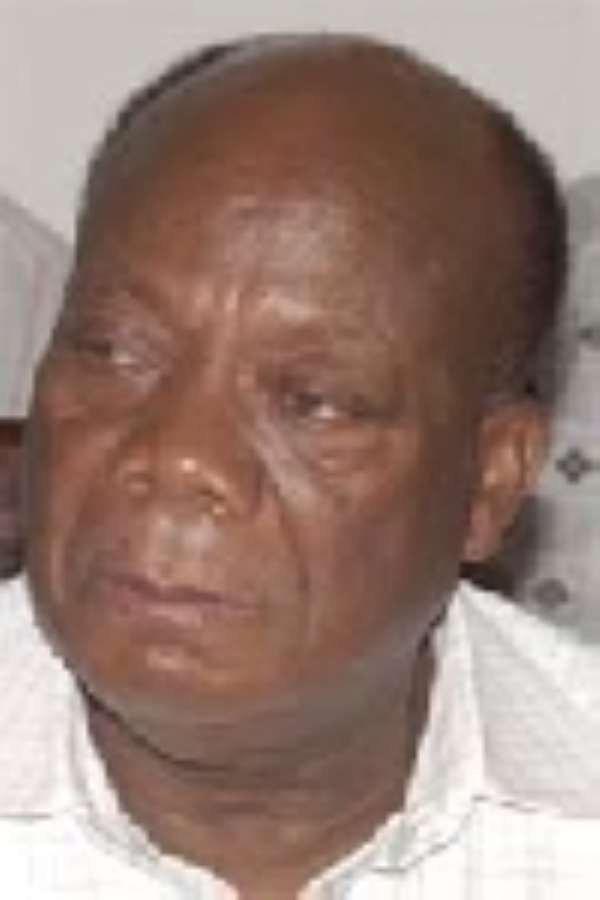 Mr Haruna Esseku, former national chairman of the New Patriotic Party (NPP), has called for collaboration between party office-holders and supporters at the grassroots level, to enable the party to retain power come 2008.

He said nothing could prevent the party from winning the next general elections, if members, especially office holders at ward and constituency levels, came together to work out effective strategies to win more committed and reliable followers long before the polls come off.

Mr Esseku was addressing executive officers and council of elders of the Effutu constituency branch of the party at Winneba at the weekend. The meeting, the first to be organised by the newly elected constituency executives, under the chairmanship of Mr Kofi Taylor, was to appraise the outcome of a recent congress to map out strategies for the way forward.

It also afforded Mr Esseku, the former national chairman of the NPP the opportunity to break his long silence on the political arena, which he simply described as, 'a long leave from active politics but not complete exit from the game of politics'. He said this was the right time for such far-reaching plans to be initiated in order to avoid taking hasty and hard to fulfil decisions at the eleventh hour.

Mr Esseku advised functionaries, supporters and well wishers to be more committed and dedicated to the goals and aspirations of the party, assuring them of his continued determination to contribute his quota towards the full realization of the aims and objectives of the party.

Mr Kobina Duncan, Central Regional Secretary of the party and Mr Samuel Kofi Owusu-Agyei, Deputy Minister of Health and MP for Effutu, also addressed the meeting and charged ward, constituency leaders and members of the council of elders to maintain the cordial relations among them for better results in 2008.

Mr Duncan praised executives of the Effutu for being first to organize the appraisal meeting of the constituency elections and expressed the hoped that they would sustain the spirit to brighten their chances of making the party stronger to retain the two parliamentary seats in the Effutu Senya District in 2008.

Mr Owusu-Agyei urged the constituency executives to draw up plans to sensitise members on all government policies and programmes and assured them of his full support in that direction.

He gave similar assurances to the Central Regional Executives and the national leadership of the party and expressed the hoped that they would offer the much needed moral support.

Parliament urged to investigate roles played by SEC/EOCO in ...
11 minutes ago