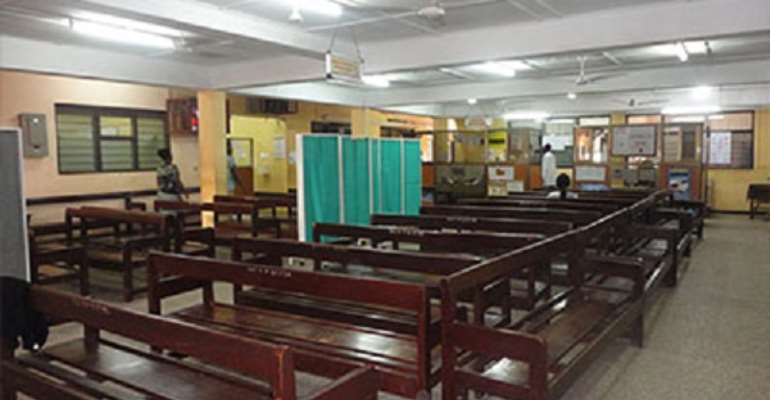 A man went berserk in the precincts of the Eastern Regional Hospital in Koforidua over his dying father who has been abandoned due to the nationwide strike by Nurses and Midwives.

The furious man stormed out of the ward to the hospital compound to throw tantrums alleging that nobody was attending to his dying father.

The distraught man wondered if there is a President in Ghana.

Nurses and midwives across the country commenced strike action on Monday, September 21,2020 over poor conditions of service despite an Accra High Court granting an interlocutory injunction application on Friday by the National Labour Commission against the strike.

The Eastern Regional Hospital which is a referral facility is hardest hit as almost half of its over 900 staff are on strike.

The strike has forced Doctors in the hospital to assume multiple tasks day and night to hold the fort.

The Doctors say they are overstretched calling on government to address the concerns of the Striking Nurses and Midwives as soon as possible to avert crises in healthcare.

Meanwhile, the Medical Director of the Eastern Regional Hospital, Dr. Akoto Ampaw has called for an emergency meeting on Wednesday, September 23, 2020 for a contingency plan to address their situation.