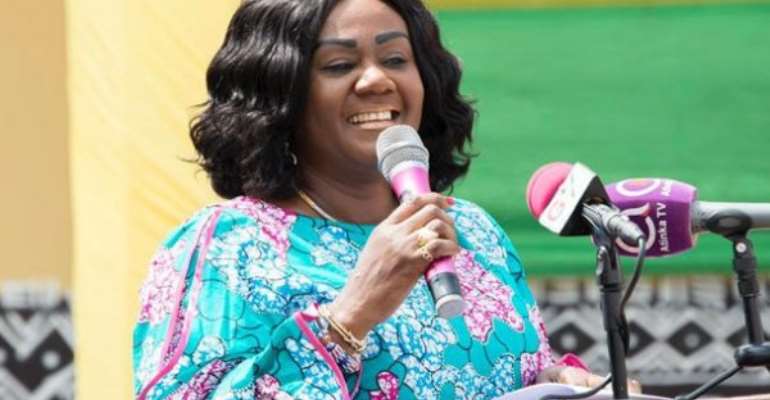 The Ministry of Tourism Arts and Culture has honoured the memory of Mr Jake Obetsebi-Lamptey, a former minister of tourism and his special assistant Mr Ferdinand Ayim posthumously, for their visionary leadership role that engendered the institution of the Kwahu paragliding festival.

A bust of the two was erected and unveiled at the Odweanoma Paragliding field.

Mrs Barbara Oteng-Gyasi, the sector minister, unveiled the busts and commissioned the upgraded field at a colourful ceremony at the Odweanoma mountains in the Kwahu South District.

A role of honour has also been erected to recognize some special people whose "toil, sacrifices and contributions made the festival feasible".

The upgraded paragliding field has facilities such as a modern events ground to host recreational activities, an expanded take-off point for four persons, an enclosed VIP kitchen area and pavement of the event grounds.

Speaking at the event, Mrs Oteng-Gyasi said the upgrade of the field was a key component to promote domestic tourism.

The Minister hinted of plans to establish a paragliding training school to train local pilots as part of the investment drive in the tourism sector.

The history of paragliding dates back to 2003 when as the Tourism Minister, the late Mr Obetsebi-Lamptey initiated the move for paragliding in the Kwahu area.

It has since become an annual event as part of the famous Kwahu Easter festival.

Barely a year, after the maiden event in 2006, Mr Ferdinand Ayim, the then Special Assistant to the Minister died while on an official trip to see preparations for that year's paragliding event in Kwahu.

The Odweanoma Paragliding festival was adopted as an activity on the tourism calendar of events in Ghana and except for 2009, it has been held as an aviation sport patronised by both local and international tourists during the Easter season.

Distinguished guests at the ceremony include the family members of the two, the Board chairperson of the Ghana Tourist Authority, Mrs Adelaide Ahwireng, Dr Ziblim Iddi, Deputy Minister and chiefs from the Kwahu traditional area.