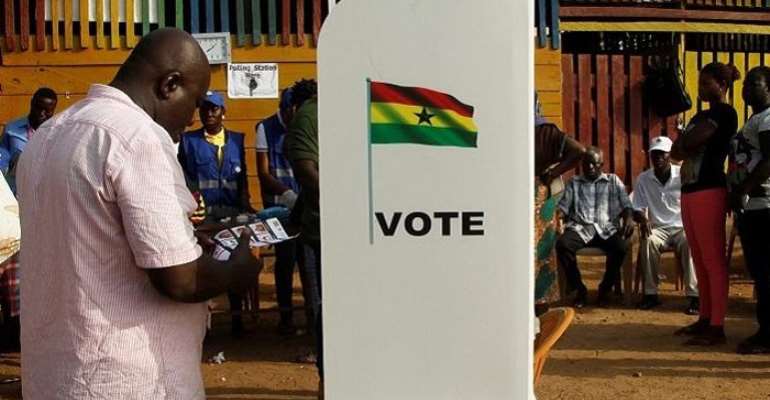 The December polls are around the corner and the National Democratic Congress (NDC) schemers that arranged especially to nibble at the integrity of the Electoral Commission (EC) and rob it of public confidence are disappointed at their inability to make headway.

Originating from a sophisticated programme as contained in the Ofosu-Ampofo leaked audio recording, there was no doubt about the intended objective of the party following the constitutional removal from office of Charlotte Osei.

The machination suffered devastating setbacks in the face of the outstanding integrity of the commission.

Even the opposition to the compilation of a new voters' register by the NDC was somewhat reversed when the flagbearer and former President gave a thumbs up to the registration exercise.

Many Ghanaians could not remember ever going through an exercise of this quality without suffering from the fallouts of logistical challenges.

A lull in anti-EC rhetoric and even schemes which followed said it all about the failure of the NDC schemes.

The schemers, as it were, have had to return to the drawing board, with the outcome now being played out. The exhibition of the voters' register has come in handy for exploitation.

The pockets of NDC-led cries of wolf about the voters' register even when there is none is part of the new scheme, the last lap before we go to the polls. Perhaps this in the party's estimation can impact negatively on the integrity of the EC.

Only politically evil-minded persons would seek to smear the image of an electoral management body in a democracy as a party policy.

The lull is over and the party is at it again this time using individuals within the party to occasionally throw mischievous and mendacious stories onto especially social media, which is part of the EC-image-denting project.

The Ashaiman MP's recent statement that his name and others had been expunged from the electoral roll is a case in point.  When it turned out that his claim could not represent the truth his details having been seen in the roll he could not but shut up.

A doctored video has been released as part of the poisoning project to create a semblance of the issuance of voter registration cards even when the exercise has ended.

Members of the opposition party have many poisoned arrows in their quaver and would not hesitate to pull one out for use when it suits them.

The party has engaged all manner of evil-minded IT savvy persons to poison the political atmosphere with unsubstantiated allegations in a useless bid to 'destroy' the EC, a scheme which like previous ones would fail to take off from the ground.

A so-called cutting short of a campaign exercise outside Accra by the NDC flagbearer and his running mate because of so-called anomalous occurrences on the voters' register is intended to complement the already released lies and schemes.

MPs split heads as anti-LGBTQ+ bill to be laid in Parliament...
51 minutes ago