We've Not Sanctioned Any Lecture On Cadre Ideologies — UCF-GHANA 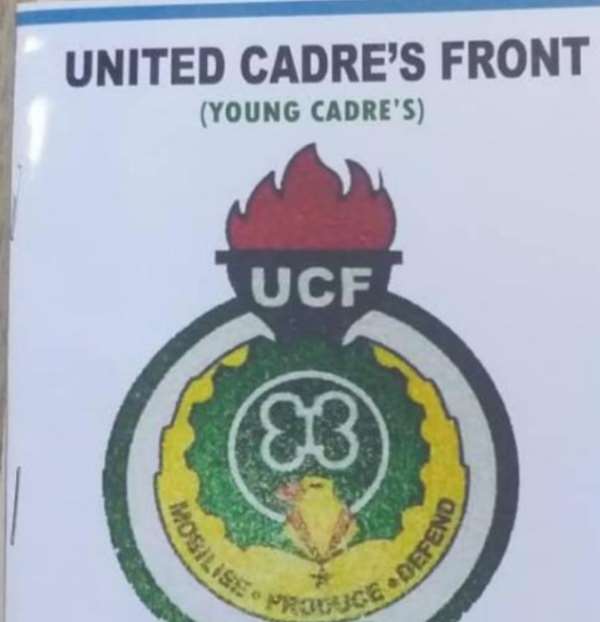 The United Cadres' Front of Ghana (UCF-GHANA) has denied sanctioning any lecture on Cadre ideologies slated for today in the Eastern Region as it warns its members to beware.

According to the National Interim Management Committee (IMC) of the Cadre fraternity they have intercepted a letter signed by one Hon. Antwi Boasiako inviting cadre’s to a lecture today at Nkawkaw.

In a press release from the leadership of UCF-GHANA, they have first and foremost stressed that they have not assigned anyone to be in charge of Cadre’s in the Eastern Region or any other Regions in Ghana

“The IMC of the UCF-GHANA, states categorically/emphatically, that the said function is NOT sanctioned by us”, part of the release from the group reads.

UCF-Ghana believes that the organization of the lecture in Nkawkaw is the work of some so-called senior Cadres who have formed an 'elite' grouping and arrogated to themselves power they do not have to engage Cadres without the approval by the IMC.

All sincere and committed cadres of the United Cadres' Front of Ghana in the Eastern Region are therefore being charged to disregard the invitation by these characters who feed on divisions.

Read the press release from UCF-Ghana below: