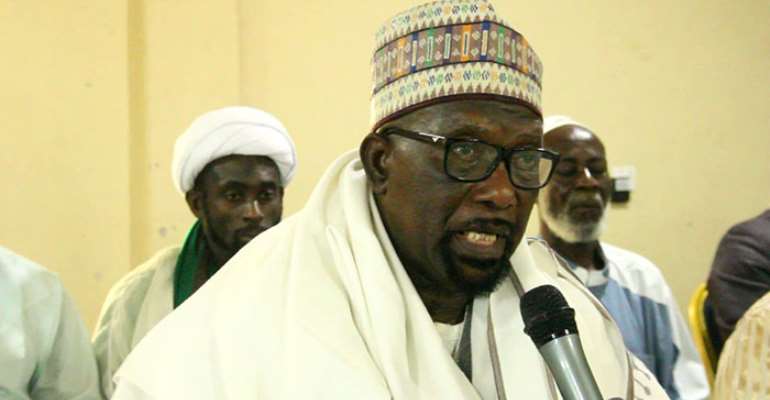 The Ashanti Regional Chief Imam, Sheikh Abdul Mumin Haroun, has taken strong exception to former President John Dramani Mahama's mortuary promise for Muslims, saying that it is not a priority for members of the faith now.

Besides, he described as untrue a claim by the opposition leader that there was a broad consultation with Muslims before making the mortuary entry in the NDC manifesto.

He reiterated that “the NDC, and in particular former President John Mahama, has dented the image of Muslims and Islam in general for coming out with the idea that they would be building morgues for Muslims in the country.”

According to him, instead of constructing mortuary to keep dead bodies in, the NDC should have settled on the construction of schools so children can acquire knowledge.

Muslims, he said, are discerning people and so should be spared unwanted political promises as Election Day nears.

According to him, anybody that admonished Mr. Mahama and his campaign team to include a mortuary promise in the NDC's People's Manifesto for Election 2020 has done the NDC a great disservice and huge political damage.

“Those who advised John Mahama to include the construction of mortuaries for Muslims in their manifesto did not give a good advice,” he said asking “does he wish death for us?”

The Nasara Wing of the NPP has joined the litany of condemnations of the promise.

In a statement, the National Coordinator of the wing, Abdul Aziz Haruna Futa, described the promise as 'absurd.'

By the proposal, the Nasara Wing stated that the NDC had proven to be empty of ideas considering the fact that “the Zongo communities are densely populated. Finding a plot of land for any development project is a very serious challenge. There is tremendous pressure on the already existing schools, hospitals, roads, water, electricity etc.”

He added that the NDC ignored all these human-centred life-threatening challenges and rather preferred to build more mortuaries for the safekeeping of dead bodies in our human communities.

While the NPP has undertaken life-changing ventures, such as scholarship for the Muslim youth to go and study in Cuba, ICT centres and seed money for business ventures among others, NDC can only think about Okada business from whose risky work can lead to fatalities from which dead bodies would be dumped in the John Mahama mortuaries.

Another Zongo grouping, the Zongo Youth Patriots, has also stated that all the NDC can think for the Zongos is the construction of mortuaries.

Development in Zongo communities has been ignored by the opposition party.

The grouping asked whether the former President is envisaging many deaths from his proposed legalization of the Okada business in the country, for which mortuaries would be necessary.

Members of the group have, therefore, called on the former President to apologize to the people of the Zongos because of what they see as a scandalous manifesto entry.