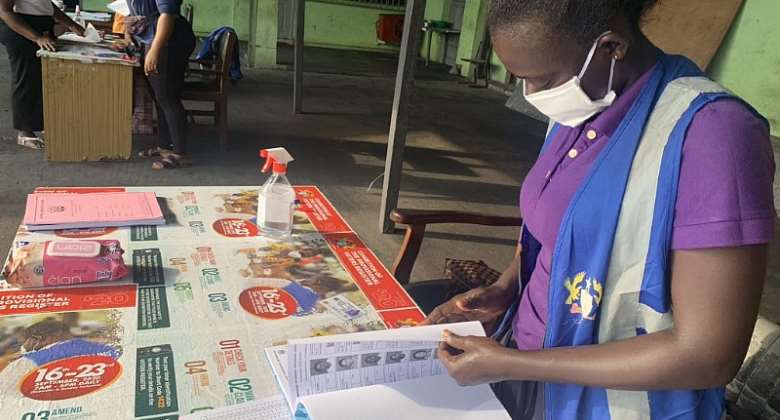 The Director of Election of the ruling New Patriotic Party (NPP), Evans Nimako, says his party is waiting for the end of the voter exhibition exercise before concluding on the claims of irregularities in the electoral process.

The National Democratic Congress (NDC) is crying foul claiming that names of voters within its strongholds have conspicuously disappeared from the register in different constituencies.

But Mr. Nimako said such claims are baseless.

Speaking on Eyewitness News Mr. Nimako said: “The NDC can go ahead with their continuous allegations. For me they are baseless, they have no merit, and we shouldn't give it that attention”.

According to him, the NPP is doing its own monitoring of the situation and is yet to receive information on missing names.

“We have asked our agents in all centres to furnish us with the details on contents in all the registers. We are monitoring the whole process.”

Beyond this, he noted that corrections can be made to the voter details and missing names can be inserted into the electoral roll after checks.

In the meantime, he said the NPP will follow due process before making complaints.

“We will not sit and wait for anybody to spoon-feed us, but we are going according to the dictates of the law.”

Meanwhile, the Director of Elections for the NDC, Elvis Afriyie Ankrah, says the party has detailed reports to back claims that the Electoral Commission (EC) deliberately deleted the names of registered voters from the register.

Speaking on Eyewitness News, Mr. Ankrah said the party's flagbearer, John Mahama, called off his tour of the Bono Region for a meeting where the reports will be presented to him to decide on the next line of action.

The commission has denied such claims and insisted that voters who duly registered and were issued with Voter ID Cards but cannot find their names on the provisional register can rectify the situation using the voter exhibition exercise.