Importance Of Upper West Youth Groups And Their Odiousness In Society

By By Sinto B. Abdulai 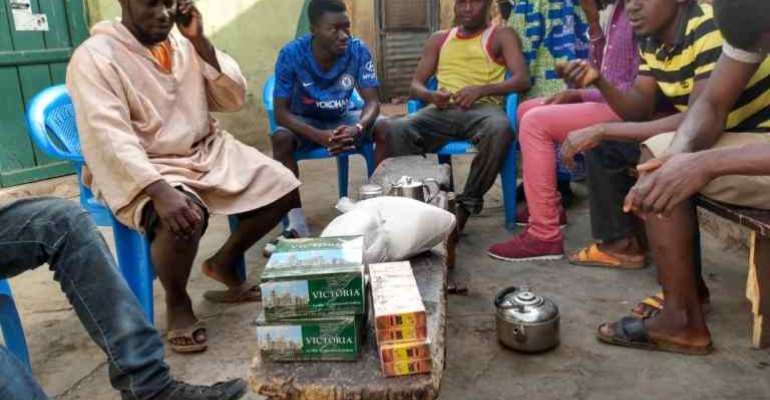 A Youth Group is an organization of young people, as for social purposes, usually under the sponsorship of a church, political organization, or the like.

In the upper west region especially in WA the capital, youth groups are held in high esteem, while others use the youth groups to perpetuate and maximize crime development others also use it to bring sturdy development to their societies, because, they have monthly, weekly or yearly dues they always pay which is to help pay some of their members children school fees or help any member in case of sickness or any serious problem he/she is bedevilled with.

In Wa, there are up to hundred(100 ) or even more youth groups, more than fifty (50) of the youth groups has deviated from their core values of formation which is worrying, and it calls for concern.

Also, this popular youth groups harbour a lot of mischievous rivalry among themselves that never ends.

Some of this youth groups in Wa are “GOD” in the eyes of security agencies like the police even to the soldiers not to say the least, not their palaver(security agencies), that may seem but we citizens are worried.

In the ending part of 2018 two youth groups(Zee town and Jamaica youth) clashed over a flimsy thing, with machetes, knives and guns, this un-seizing gunshots took place for hours, innocent persons in that area called the police and they were in limbo and never showed up till the whole incident seized, what is happening in Ghana? As I write this article no arrest has been made in conjunction with this particular case.

Furthermore, On 11 of August, 2019, which is an Eid Adha day for Muslims all over the world which was a Sunday and that day doubles as a worshipping day for most Christians, on the grounds of worship, a Muslim youth group clashed with Christians worshipers at Mangu Methodist JHS park (thus a section of WA) on Eid ground, all in the name that they are making noise during their (Muslims) worship, is that what the good books( Quran and Bible) preached? Still no arrest has been made by police.

Also, From 30st September to 2nd of November 2019 during the outdooring ( naming ceremony) of one of the members of one of the most popular youth group in WA gave multiple gunshots in the air at broad daylight, the people in the area hum in fear and there is no sign of police in WA.

What buggers my mind is, do any of us try to think about how BOKO HARAM, ISIS and AL-QAIDA etc started? They started like joke and now we have them permanent in our midst in other countries. this menace will go out of hands if government does not come to our aid. One funny thing is that the indigenous youth groups has stickers which they put on their motorcycles(motorbikes) and cars especially on their number plates and the police dare! not stop them on the road and they used those motorbikes to perpetrate all manner of crimes and go Scott free.

Also, Some youth groups involved in galamsey (illegal mining) around WA and it’s peninsulas despite H.E Nana akuffo Addo warnings against galamsey operators, they still do it to buy modern guns like AK47 raffles and pistols, as to whether the guns are registered that’s another thing to discuss.

However, Some of these youth groups create jobs for their members because some of their leaders are business men and women and community philanthropist,

Their philanthropic nature has blindfolded many so they are not easily identified in society when they perpetuate crime.

I think that in dealing with this malice in society, constitutional provisions should be passed to guide the formation and their conduct just like how 22nd July parliament passed the political vigilantism bill into law and president signing to it.

The questions that impoverish my mind are:

Are these youth groups registered?

Where do they get their guns from?

Are police paid monthly by government for services rendered?

Do laws work in Ghana?

In conclusion, we should all know that, in the brink of development we don’t need these mafias we call youth groups (some) in our society(upper west region) which is still one of the underdeveloped regions in Ghana, so, president H.E Nana Akuffo Addo should come to our aid to curb this menace for us and this is not an exception in other regions of Ghana.

By Sinto B. Abdulai, a concerned member of the region.