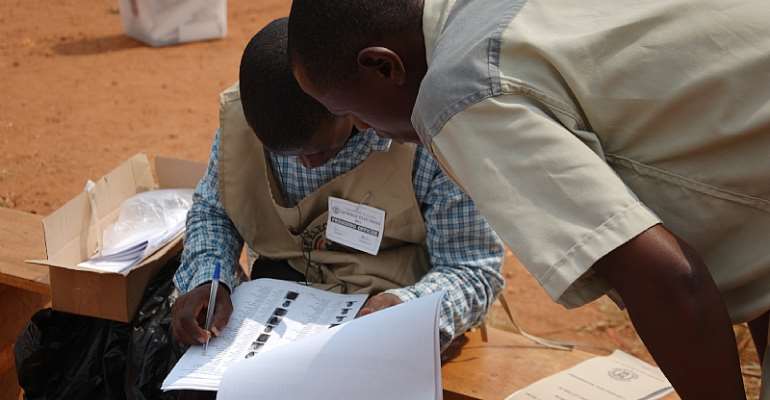 The anger of residents of Binduri Constituency in the Upper East Region is burning at seams as they wonder when their names would be reinstated into the recently compiled new voter's register.

This was after the voter exhibition exercise recorded some irregularities in some polling centres across the district. In some polling stations, the register had no name captured.

In the Binduri constituency, 24 out of 80 polling station registers either had no name captured or more names were missing, ModernGhana News Team has gathered.

He told this reporter that, at Tempielim Deeper Life Church, 428 were registered but there was no register for the EC officials to exhibit. Independent checks confirmed that no single name has been captured in the new register.

EC officials were conspicuously missing at the station when the ModernGhana News team visited.

Azure Azumah worry is that the ongoing voter exhibition held across the country will soon end and up to now, the EC officials has held a stoning silence as to when their names would be captured and the register laid for them to verify their names.

He opined that if the EC is having challenges with new voter register, it should kindly go back and bring the old register for all to have the chance to vote.

ModernGhana News team visit this week reveals that EC officials were using exercise books to record names of those who visited the polling station and cannot find their names.

The angry residents in Binduri told this reporter that, their next action is a demonstration to register their displeasure over what they described as 'kululu' by the EC to disenfranchise them after going through hard times just to register their names.

Some youth leaders say they cannot fathom why after queueing day and night during the voter registration exercise amid high covid-19 cases, no single name has been captured in some 25 polling stations in the Constituency.