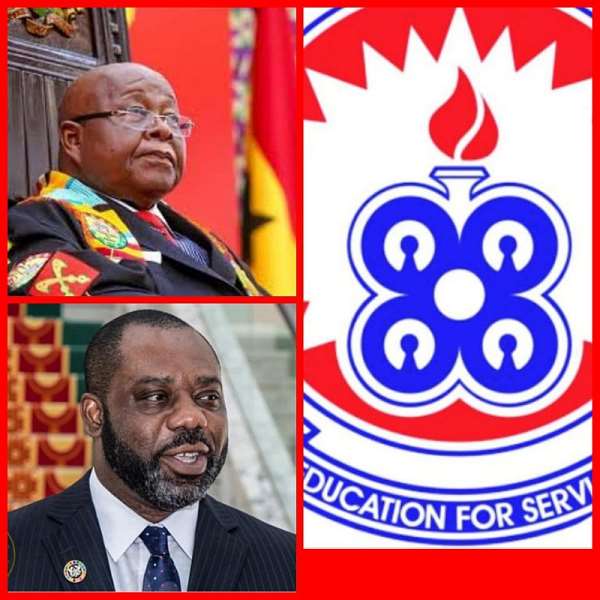 I have read with dismay certain "power play" articles making headlines on Ghana web about the fast-growing university UEW from Prof Aveah Nsoh on September 19th 2020 "Don't accept UEW Doctorate, it's tainted with innocent blood" and PK Sarpong not forgetting the counter-reactions from the son of the upright peasant farmer Salifu Bawah and other comments in the media concerning the Doctorate honorary award to be conferred on the Rt Hon Speaker of Parliament Prof Mike Oquaye and Matthew Opoku Prempeh minister of education. As a right-thinking member of the university, I won't hesitate to add my voice.

First and foremost, I am saddened by the way and manner my school is always in the media for "bad headlines" due to certain political expediencies. However, I'm very disappointed in the argument made by a whole Prof Aveah Nsoh citing the death of Mr Kuturglo, Henry Kpodo, Samuel Okai and others attributing it to the actions of the UEW vice-chancellor.

Little did I expect this lame argument from a former minister and a former principal of a college. Death is inevitable and as to how one will leave this earth is not written on the forehead. So in what capacity is Prof Aveah Nsoh blaming the death of the aforementioned names on Prof Afful Broni? Is it because they were transferred and they drove to the place? Well, wouldn't they have driven from their initial place of work to their respective homes if they weren't transferred? When the time is up for any of us to meet his maker, it matters not where you drive to.

As to the unsubstantiated comments like the Vice-chancellor being unclean because of certain illegalities Prof Aveah Nsoh could not state in his article, I wish to state categorically that assuming without admitting they are true, the honorary doctorate award to the said characters are not to be awarded in the capacity of Prof Afful Broni in person but by UEW as an institution. In fact, the Vice-chancellor in no capacity can give such award without the consent of the institution as a whole. So the personal credibility of the VC in person has nothing to do with certificates or awards issued by the school. For Aveah Nsoh to have said the award is "tainted with innocent blood" suggest all certificates awarded by the institution under the current VC's watch is also tainted including the just-ended congregation. Which in actual fact isn't justifiable.

Such comments I believe shouldn't come from a renowned person of Mr Aveah Nsoh's calibre when he has indeed benefitted from the very University he seeks to taint.

I am only sharing my concern as a student because of the bad name this "power play" is visiting on us. When two elephants fight is the ground that suffers. You have had your certificates of which you making daily bread. Let we the upcoming ones who are toiling to pay fees in this very institution have our credible and respected certificates as well to make a living.

Mr Speaker, since Prof Aveah Nsoh, in any case, couldn't state any wrongdoing of the institution as a whole, did not intellectually