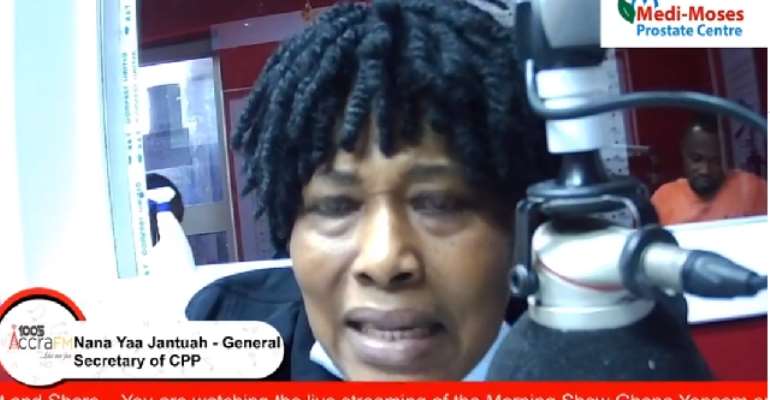 The Convention People’s Party (CPP) now has a crop of young national leaders and moving away from being led by old folks, its newly-elected General Secretary, Nana Yaa Akyimpim Jantuah, has said.

“We are now attracting a lot of young people”, she said, adding: “Now the leadership of the party is made up of youthful ladies and gentlemen”.

“We no more have old men and old women at the helm of affairs”, Nana Yaa Jantuah stressed.

“Now we have pushed all the old folks to the Council of Elders to be playing an advisory role.

“Now we have the youth leading the party.

“All the national leaders of the party are all young people now”, she stressed.

Nana Yaa Jantuah was one of the many national leaders elected at the CCP’s recently-held internal polls, which also saw the election of Mr Ivor Greenstreet as flagbearer for the 2020 polls.

Below is the full list of the contestants and elected officials:

Six die in accident at Hemang after car crashed into wrongly...
24 minutes ago