Cash transfers can help refugees, but they also carry risks. Insights from Kenya 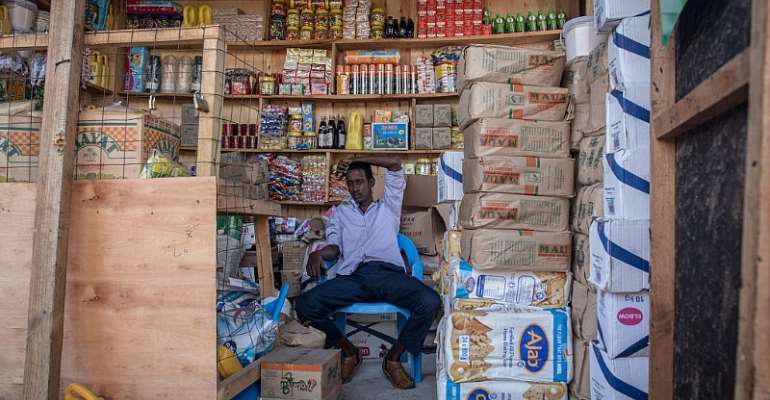 They are widely praised for enhancing autonomy, reducing costs, and boosting local markets . And this has encouraged their use. For instance, in 2019, the WFP distributed US$2.1 billion transfers to 27.9 million people.

Cash transfers come in many forms, such as mobile money or transfers into bank accounts. They generally provide recipients with greater choice, but sometimes come with restrictions on the kinds of goods that can be purchased.

These options raise important questions that organisations must consider during programme design. For instance, the degree of autonomy recipients have in their use of assistance and how the transfer should be made.

In an effort to shed some light on this we studied the impact of WFP's cash transfers in the Kalobeyei refugee settlement in Kenya.

Established in 2016, a few kilometres away from the 28-year-old Kakuma refugee camp, Kalobeyei was envisioned as a new model for aid provision to refugees . The idea was to promote self-reliance for refugees, while also providing benefits to the local host population .

For the first three years, all households in Kalobeyei received restricted cash assistance from the WFP of Ksh1,400 per person (about US$14) per month. The cash was distributed as mobile currency via SIM cards and could only be spent on food items at particular retailers. The idea was to have better accountability in how it was used and to reduce spending on temptation goods, such as alcohol and tobacco.

In June 2019, the WFP began to roll out a new cash transfer programme – for about 1,000 households – which had a different approach: it removed the restrictions on purchases, transfers were paid directly into bank accounts and the cash could be spent on any item at any shop.

We studied both of these approaches and two key lessons emerged from our research:

First, there are some pros and some cons to removing restrictions on cash. So whether the cash is restricted or not matters.

Second, the cash transfer programmes encouraged the extension of credit to refugee beneficiaries. This in turn created a problem of indebtedness among vulnerable cash recipients. This happened regardless of whether the cash was restricted or not.

It's important that agencies are aware of this as many people will not realise the benefits of unrestricted cash transfers due to high levels of indebtedness.

Our analysis reveals that the switch to unrestricted cash transfers had robust positive effects on household asset accumulation and subjective well-being.

Unrestricted cash gave recipients the option to use their assistance on non-food necessities like clothing, cooking fuel, and school equipment for their children. Moreover, refugees could negotiate for more favourable prices with shopkeepers.

Under the restricted programme, refugees could only purchase non-food items by first selling their food for cash, forcing them to sell at below-market prices.

There is some evidence that unrestricted transfers lead to higher expenditure on alcohol and tobacco, but this was only reported by a low percentage of households (14%) and a small proportion of their budgets (3.7%).

In Kalobeyei, a staggering 89% of sampled households were indebted to retailers. Shopkeepers provided food on credit as a form of social support to assist food insecure refugees. But cash transfers contributed to higher levels of debt than conventional food aid.

Debt affected people in both the restricted and unrestricted cash programmes. And the debt undermined the effectiveness of the cash transfer programmes.

For one, refugees indebted to their shopkeepers are forced to turn over their cash transfer technologies as a form of collateral. Shopkeepers therefore withdraw their money on their behalf, and so these customers are unable to access hard cash as intended.

In addition, interviewees revealed that debt subjected women to the coercive strategies of some male shop owners, putting them at risk of sexual harassment and abuse.

Credit is a form of informal community support, and completely eliminating it is both undesirable and infeasible. However, agencies should take steps to prevent highly vulnerable refugee households from falling into high levels of debt.

Potential strategies include supporting community safety nets, facilitating schemes for debt repayment, and adjusting the value of transfers to ensure they provide sufficient purchasing power as prices fluctuate. However, this requires humanitarian organisations to recognise indebtedness as an important facet of vulnerability, and donors to provide the required level of support.

The research described in this study was funded by the World Food Programme.