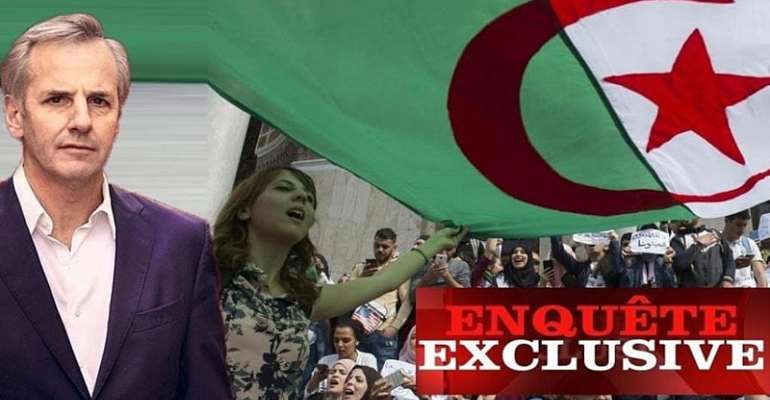 In a move denounced as censorship by Reporters Without Borders, the Algerian Ministry of Communications says it will “no longer authorise” the private French television channel M6 to operate in Algeria. This follows the broadcast by M6 of a "distorted" documentary on the anti-government protest movement Hirak.

In a statement issued on Monday evening, the ministry described the documentary "L'Algérie, le pays de toutes les révoltes" (Algeria, country of revolt) as "giving a distorted take on Hirak” and that the film crew had used “fake authorisation” to complete their film.

“This has led us to decide to no longer allow M6 to operate in Algeria, under any form whatsoever,” the Ministry declared, vowing to press charges against the crew.

The 75-minute report was broadcast on Sunday on Enquête exclusive (Exclusive investigation).

It featured interviews - some using hidden cameras - with three young Algerians talking about the future of their country since the Hirak popular uprising brought down long-time president Abdelaziz Bouteflika in April 2019.

According to the ministry statement, the report was made by a French-Algerian journalist with the help of an Algerian fixer.

The ministry found fault with the report's "insipid testimonies", "misleading images" and a "host of anecdotes with no depth".

But above all, it claimed the team had not been authorised to make such a documentary.

On 6 March 2020, the editorial staff of M6 requested press accreditation, according to the ministry, with a view to filming a documentary on “the enhancement of economic and tourist development in the city of Oran, as well as multiculturalism which contributes to our country's wealth".

In using “fake authorisation” the filmmakers had “committed an offence” which would be “severely sanctioned” said the statement.

The ministry promised to press charges against the authors of the report.

One of the interviewees, a renowned Algerian YouTubeuse known as Noor, took to social media on Monday to express regret at having taken part in the documentary, criticising the channel's "lack of professionalism".

But French press freedom group Reporters Without Borders (RSF) denounced the ban on M6 and the threat of legal action against the filmmakers.

"This is called censorship and it's an admission of political weakness," tweeted the head of RSF Christophe Deloire.

In May 2020, a documentary on the Halak movement broadcast on France 5 public television led to a diplomatic crisis between Algiers and Paris.

The film Algérie mon amour by French-Algerian Mustapha Kessous included pictures of people kissing and drinking alcohol and led to Algeria recalling its ambassador to France.

The Algerian foreign ministry said in a statement at the time that while the documentary had seemed spontaneous it was in fact an "attack against the Algerian nation and its institutions, including the Armed Forces”.

In response, France's foreign ministry said: “All media enjoy complete editorial independence, which is protected by law in France”.

Algeria ranks 146th out of 180 countries on the Reporters Without Borders' world press freedom index for 2020.