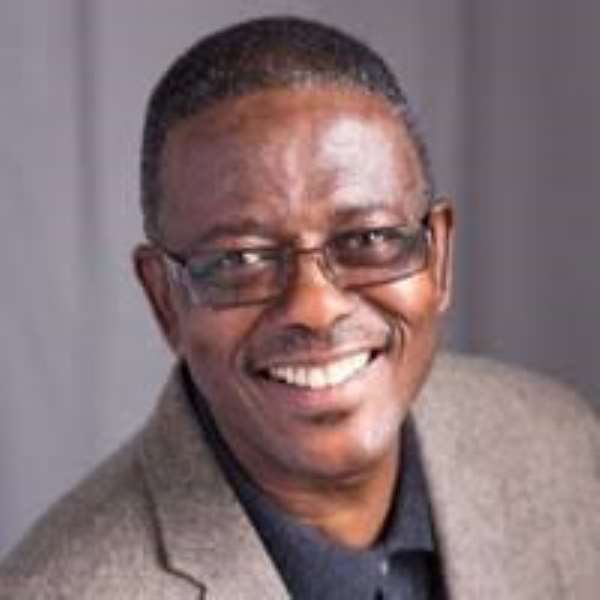 The Ministries Police station in Accra has placed a US based Ghanaian Pastor, Michael Bannerman Hyde on a wanted list for allegedly defrauding a Ghanaian businessman.

This comes days after the Businessman, Yeboah Nyatey-Lawson filed a complaint at the Police station against the Pastor for defrauding him of a sum of US$2,000 Dollars

Mr Yeboah Nyatey-Lawson accused Pastor Michael Bannerman Hyde, a US based Ghanaian pastor of defrauding him of a sum of US$2,000 dollars with the pretext of helping him to source for funding to operate his haulage project in Ghana.

The Police investigator in charge of the case said the accused person’s photograph would be sent to the various ports of entry to enable the security services trail and apprehend him immediately he is spotted. Besides, Interpol, FBI will be notified to facilitate his arrest.

He added, Mike assured me beyond all reasonable doubts that, he can assist me to source for funding for my project and absolutely not to partner me execute the project. Mike then disclosed his charges to me which is $25,000.00 out of which I needed to advance $10,000.00 to leave an outstanding of $15,000.00. I then negotiated the initial payment to pay $2,000.00 and to settle the outstanding upon drawdown of the loan facility of $500,000.00.

After receipt of the $2,000.00 being part of his consultancy charges, he communicated for a short while for two months and thereafter went mute. I contacted the Pastor who introduced Pastor Mike to me and all efforts to reach him proved futile to date. Mike promised to refund the $2,000.00 earlier on from a success fee of a loan he succeeded for an oil marketing that has also failed.

Attached is the proforma invoice to me to confirm the above bank details and filled form from my bankers, Consolidated Bank Ghana formerly UniBank Ghana through which the $2,000.00 was transferred to mike for your attention. I therefore against this background need your noble assistance to recover the $2,000.00 from Mike Bannerman Hyde. Pastor Mike heavenly promised to pay the said amount ($2,000.00) on the 20th of October, 2019 but to date failed and all efforts to reach him also failed.

When contacted for his reaction, this is what Pastor Michael Hyde said:

Thank you for taking the time to contact me regarding Mr. Lawson’s issue. I was introduced to Mr. Lawson by a Pastor friend in Ghana. He wanted me to partner with him to secure two (2) brand new Scania Tipper Trucks for him to haul minerals (Bauxite) from the Western Region. Ideally, those who contact me for any kind of funding, are supposed to provide 10% of the net value of the total loan for the securing of the LC, and subsequently, the Loan to pay off the Trucks. The 10% was supposed to worth about $500,000.00. He told me on the onset that he neither had the Funds (10% of $500,000 = $50,000) nor the minimum fees to hire my services. Having been introduced by the Pastor friend, I asked him how much he could commit to engage my services. To which he said $2,000, instead of the $15,000 standard engagement fees to put together the BPlan, Financials to demonstrate to the Funders that the project was lucrative. I agreed to this arrangement to assist and hopefully go into partnership if I succeeded to fund the business. I was supposed to source the $50K by myself to secure the DLC (Deferred Payment Guarantee) for 90 days to get the Trucks released, and find the Loan for the trucks since he assured me he knew the top management of the Ghana Bauxite Company in the Western Region. He produced no MOU, or contract from the GBC. He and my Pastor friend assured fully that they would be granted the contract. I wanted to secure the DLC before insisting on a full contract or MOU from GBC. However, I was not able to do that, regrettably.

Yes, the transfer came to my company, and based on the information I received from GBC, one has to produce the Trucks at the Headquarters of GBC before contracts are granted. We were communicating initially, but it became difficult for me to raise the Loan. If he says I was not picking his calls initially, that does not seem to be true. However, I later learnt from him that he actually used his own vehicle to raise the $2,000.00. I have told him I would pay him his funds. But the whole issue turned into threats, harassment and absolute curses. Without litigating this issue, someone is coming to Ghana by the 20th of October, 2019. I will let the person meet him personally, with the Pastor friend present as witness, and give him his $2,000.00. I will send you information of the one coming so you also can be a witness in handing over the Funds to Mr Lawson.

Thank you for writing to me to hear the other side of the story. At least, in all fairness, you have given me the opportunity to interact with you.

What evil men mean for wickedness God turns it around for go...
9 minutes ago

I saw it coming – Ben Ephson on Koku Anyidoho’s expulsion fr...
23 minutes ago