Volvo estate named best car to have sex in 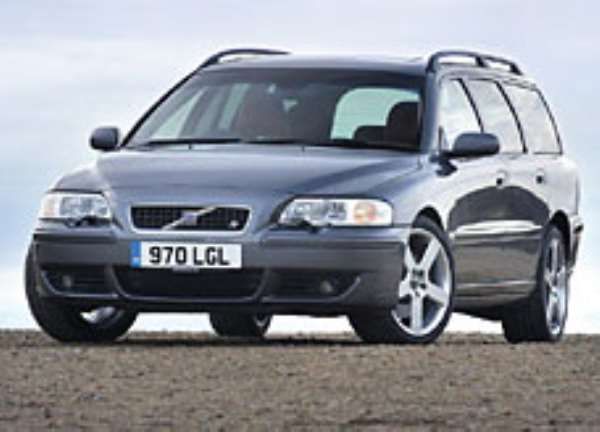 The humble Volvo Estate has been voted the best car to have sex in.

The 'passion wagon'- renowned for its reliability on the road and spacious interior - has lived through more steamy encounters than any other vehicle.

And the Mercedes Benz Sprinter Van comes in second place, proving that the 'white-van-man' has great pulling power.

Whilst the stylish BMW 3 Series Saloon and the old school Ford Escort complete the top five.

The poll revealed that a staggering 68 per cent of folk have had nookie in a car.

An overwhelming 81 per cent of couples have got frisky in the car, but restrained themselves before going the whole distance.

More worryingly, both for road users and car insurers, one in 10 thrill seekers have actually engaged in sex WHILST DRIVING.

And 51 per cent have kissed, hugged or touched their partners enticingly whilst they were driving.

An athletic six per cent admit to damaging their cars during close encounters, but only one in a hundred actually claim - possibly due to the embarrassment factor.

Paul Purdy, spokesman for yesinsurance.co.uk, said: "These results are some of the more surprising from our research into how people use their cars.

"We would certainly hope that our customers are sensible enough to keep all their attention on the road whilst they're driving.

"We also find it astonishing that, despite being renowned for being a box on wheels, the Volvo Estate still tops the poll as the best in which to engage in these kind of activities.

"It would seem that space is the most important issue for couples who want to enjoy themselves; this is reinforced by the fact that a Mercedes van and VW camper van come into second and third place."

People are most likely to stop in a lay-by to embark on a steamy session than outside their own house - a frisky 48 per cent prefer to park up wherever possible.

A quiet car park or country lane are also popular options for couples, as are multi-storey car parks and supermarket car parks.

Paul Purdy added: "Over six per cent of people have damaged their car whilst engaging in the act, but less than one per cent end up making an insurance claim, probably through a combination of the damage being so small and the embarrassment of having to explain how it was caused.

"Rear-view mirrors are the most easily damaged objects, followed by ripped fabric seating." The research showed that around one in eight people had actually been caught whilst in the act in their vehicle.

Minority will reject move by gov’t to purchase new president...
19 minutes ago