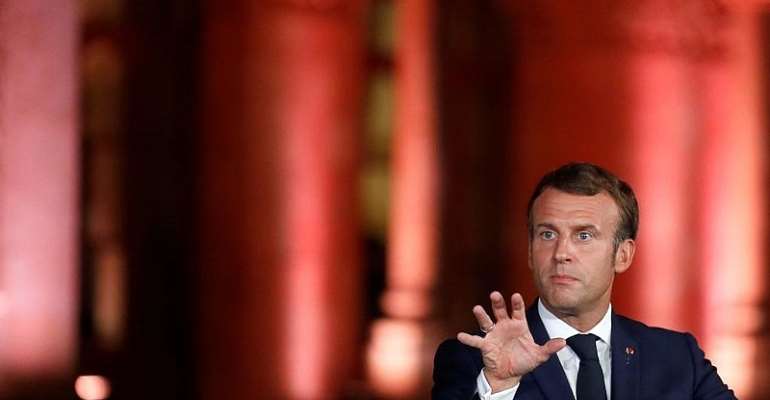 French President Emmanuel Macron has urged the United Nations to remain true to the vision on which it was founded 75 years ago as world leaders prepared for a general assembly disrupted by a coronavirus pandemic that has shown deep divisions between superpowers.

“Seventy-five years ago, our predecessors united around a promise: peace, human rights, equality and social progress,” Macron wrote in a tweet containing his declaration for the 75th anniversary of the United Nations.

“Now it's our turn to rise to the challenge of these engagements.”

The French president emphasised the world was facing challenges that required nations to work together, one of the ideas on which the UN was established in 1945.

Macron made the declaration during commemorations ahead of the UN's 75th General Assembly (UNGA) in New York, which will be a very scaled-down affair owing to health precautions of the coronavirus epidemic.

New York City will not see the usual street closures and limousine convoys, activity of diplomats, journalists and interpreters in the halls of the big glass UN building.

Instead, only representative from each of the 193 UN member states will be allowed, and it must be someone already in the United States. All other participants will appear by videoconference, including as many as 170 heads of state and government.

“Diplomacy, to be effective, requires personal contacts, and I am very sorry that we are not going to have the opportunity to bring together leaders of countries,” said UN Secretary General Antonio Guterres.

There would nonetheless be many virtual meetings throughout the assembly on topics including climate change, biodiversity and conflicts in Libya and Lebanon.

Macron, along with Russia's Vladimir Putin, China's Xi Jinping and US President Donald Trump were all to appear by videoconference on Tuesday.

Ahead of the assembly, the UN issued a declaration marking progress it has made in the three quarters of a century of its existence, including helping to bring about decolonisation, promote freedom, set standards for development and eradicate many diseases.

“The United Nations has helped mitigate dozens of conflicts, saved hundreds of thousands of lives through humanitarian action and provided millions of children with the education that every child deserves,” the declaration read.

But with multilateral cooperation troubled by a Covid pandemic that saw the United States pull out of the World Health Organization, accusing it of inefficiency, the declaration insisted the UN still had a mandate to improve the world through cooperation.

“We have a historic opportunity to build back better and greener” after the coronavirus pandemic, the declaration read.

“Our world is not yet the world our founders envisaged 75 years ago,” it read, citing growing inequality, persistent poverty and insecurity and increasing climate change.