From Cape Coast With Love 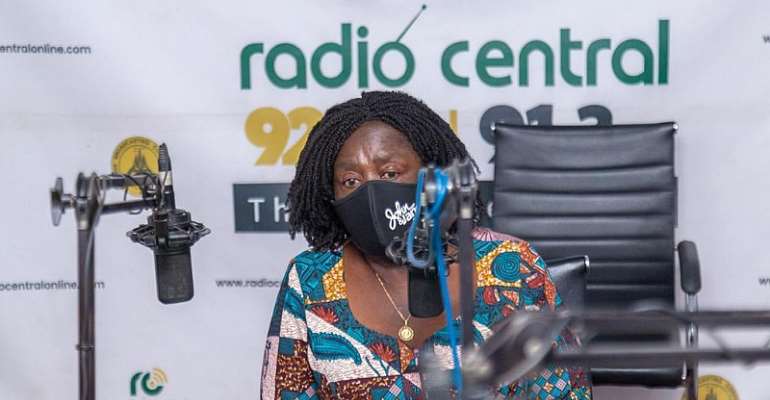 Prof. Opoku-Agyemang began the Central Region tour at the studios of Radio Central where she held a tête-à-tête with Benjamin Tetteh Nartey, host of the Central Morning Show.

I walked across the road from the radio station to a local fast food joint close-by to grab a light meal — I noticed a petite aged lady, limping towards the food counter, with her radio set close to her ear, tuned into the show. A group of casually dressed young people had also gathered around a cell phone also tuned in.

The media brings the sentiments of citizens, wherever they may find themselves on Ghana’s map, directly to politicians. This is why press freedom must be protected at all cost so journalists hold state institutions accountable.

It even goes beyond that: media institutions like Radio Central are an essential catalyst for trade, education and entertainment within the province.

The burden of leadership

The mission is to reach the remotest parts of the hinterlands. It is 12pm and we have just arrived at the Komenda/Edina/Eguafo/Abirem municipality. The team is excited to be back on the road.

They can sense the time has come to flip the script and charter a new path. We can too. But it’s much deeper than that: the 8th government of the 4th Republic is expected to work twice as harder than all previous governments combined.

It’s a Herculean task. The responsibility to reinvent a Republic after centuries of economic exploitation would require a unique politician.

Well, the miracle here is that the Vice-Presidential candidate of the NDC brings this calibre of leadership to the ticket — she is a revolutionary.

We finally arrive at the Kotokuraba market — the entire town literally poured unto the streets all uniformed in NDC merchandise. It’s cinematic.

A couple of boisterous lads hop unto the side-step of our vehicle. I’m not quite if I should be disturbed or excited. They’re fired up — but in no time I realized that was just a tip of the iceberg. It was a deceitful hint of the frenzy we were to encounter.

The road ahead is packed to the brink. It almost looks meticulously rehearsed. Is this a pop concert?

This is brilliant curtain raiser to the tour - it doesn’t take a soothsayer to predict the NDC has spread its wings across the Central Region. People are ready for change.