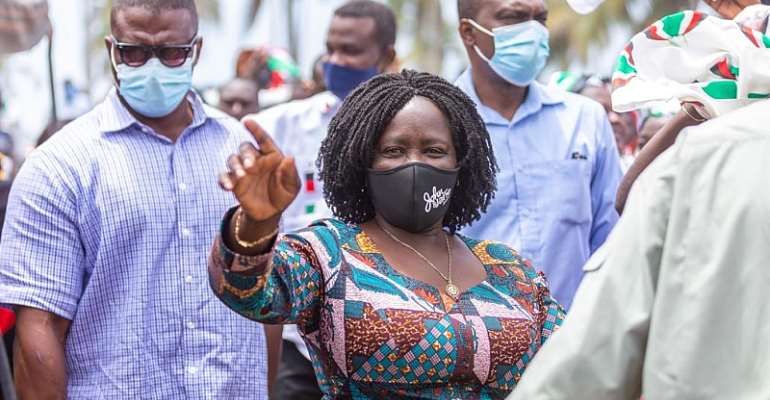 Professor Naana Jane Opoku-Agyemang, Vice Presidential Candidate of the National Democratic Congress (NDC) today called for an end to the worrying trend of tribal politics in the country, saying the NDC abhors such practice.

“We are one people and Ghana belongs to all of us,” she said.

Expressing regret that tribal politics has created division and marginalization in the allocation of development resources, the Running Mate urged all Ghanaians to live co-exist in peace, irrespective of their ethnic background.

Addressing the members of the Ewe community at Duakor-Abakam in Elmina in the Central region, on the first day of her campaign tour of the region, stressed the need Ghanaians to politics and national development devoid of tribal sentiments. 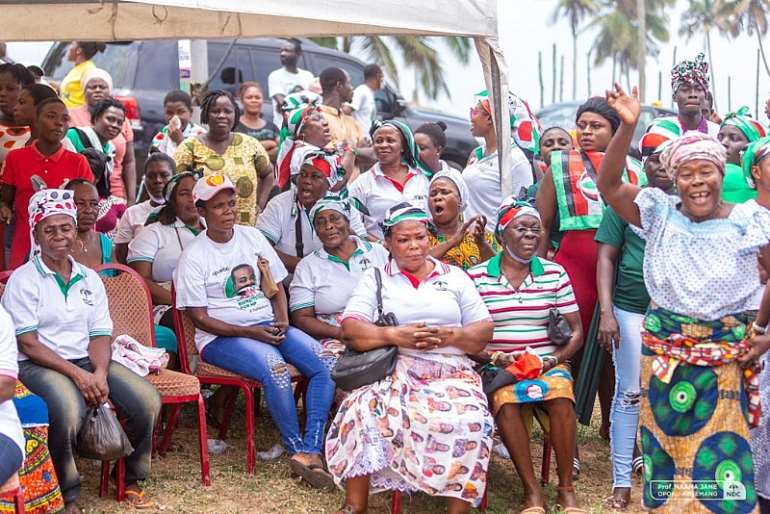 Prof. Opoku-Agyemang, who arrived in Elmina to a tumultuous welcome, urged the Ewe community to be tolerant and avoid provocations and gave the assurance that the NDC government will serve all communities with sustainable projects to enhance the welfare of all Ghanaians.

“No group of people will be tagged and marginalized under the next NDC administration led by John Mahama,” she said, adding that the party’s manifesto has fairly spread development interventions across the country.

Prof Opoku-Agyemang noted that every region and community has been catered in the manifesto, indicating that the next NDC administration would complete all of its abandoned projects and establish more, especially in deprived communities. 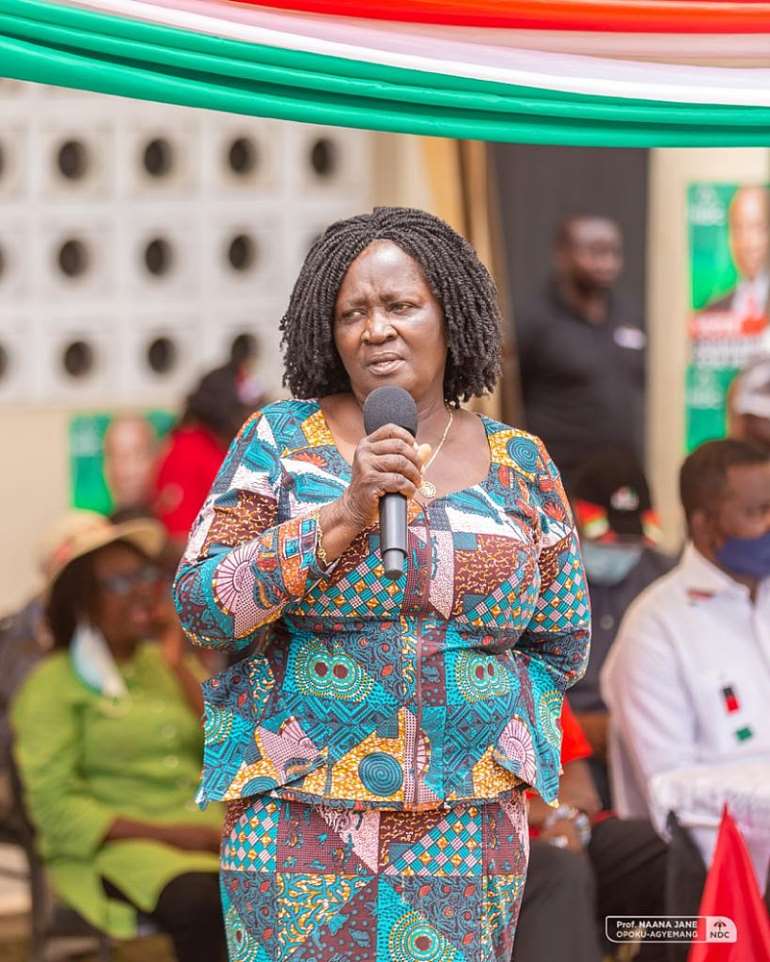 He explained plans for the establishment of the various health facilities, education infrastructure, sustainable energy supply in communities in the Central region, as well as business support packages to informal sector operators, such as traders and artisans.

The Running Mate, thanked the community for the support of support, and urged the people to vote massively for the NDC to deliver the country from mismanagement.