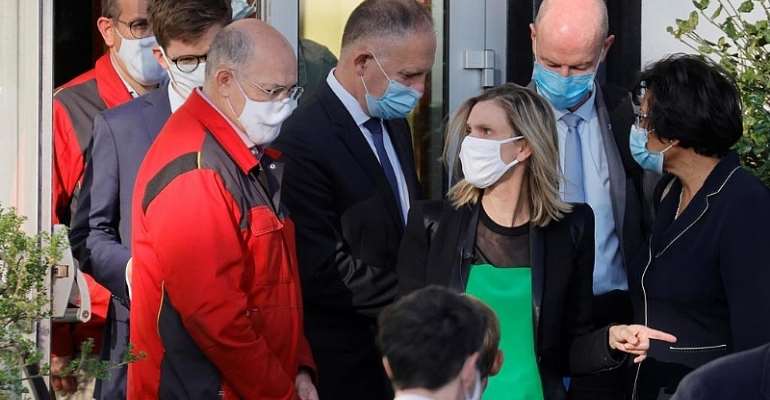 Following a crisis meeting on Monday between Bridgestone management, trade unions, local politicians and the Industry Minister, Agnès Pannier-Runacher, the government has requested an expert assessment of the decision to close the Béthune tyre factory with the loss of 863 jobs.

Bridgestone cited overcapacity in Europe and fierce competition from Asian rivals, and said it would seek a buyer for the site.

The tyre manufacturer has described the closure as the "only option".

Now the French government has called for an independent assessment of the company's decision to close the Béthune plant.

The Accenture business consultancy has been commissioned to re-examine the various possibilities facing the company, with a view to suggesting alternatives.

After Monday's meeting, involving Bridgestone management, trade unions and political figures, Industry Minister Agnès Pannier-Runacher said the government rejected the decision to close the site and refused to consider the situation as inevitable.

Laurent Berger, the head of the CFDT trade union, says the Bridgestone case proves the need for a law that will oblige companies which don't "play the game" to pay back the public money they have received.

Berger, in a radio interview on Tuesday morning, claimed that Bridgestone management in Béthune "had themselves organised the leaking of operations to other industrial sites".

The government is currently powerless, Berger went on to insist. There is a crying need for a legislative framework to ensure the protection of public investment against companies which fail to respect their promises

The trade union leader added that the social consequences of this closure will be widespread, involving numerous small businesses and local suppliers.

E/R: Fake MMDCEs list cause trouble among NPP supporters in ...
16 minutes ago