"The Rich Will Continue To Be Richer, And The Poor, Poorer" - Reality Or Myth? 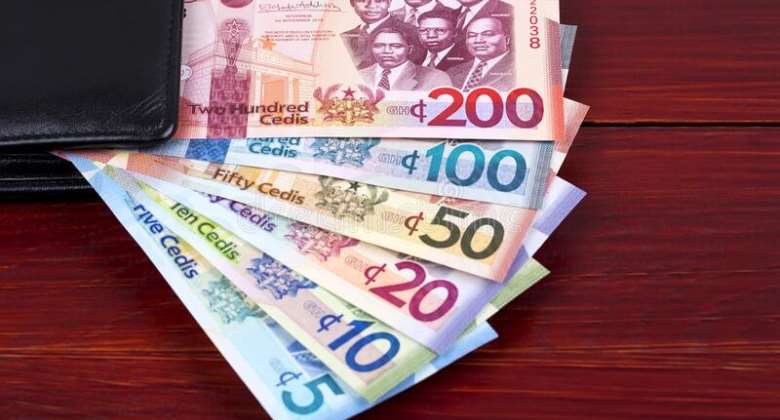 The above preposition is a very popular, old and, familiar expression in daily social discourse. Though it is as old as Adams, it keeps resurfacing in different forms begging for our attention. We possibly must interrogate and dissect the expression deeper in our sociocultural context and perhaps, in our political context since politics seems to have swallowed all facets of life.

The subject of poverty has been discussed over and over even beyond our local settings. In fact, it has been a global subject for centuries.

In our African soil, I can firmly assume that every individual can appreciate the nature of poverty in practical terms, but not everybody can do same when it comes to appreciating riches. People may only do so through a simplistic expression of fantasy, expectations and speculations. To wit, almost everybody in Africa is a "child or grandchild" of poverty.

The question of what makes majority of Africans poor cannot be answered comprehensively in this article. Perhaps, it would be considered for extensive discussion in subsequent analysis. It is however imperative to succinctly state that with the varying myriad of reasons why poverty is pervasive in Africa, we can sum them up to few issues: poor governance, the bad attitude of the people themselves and inadequate innovation and risk taking.

Robert Guest (2005) opined that Africa is not just the poorest continent in the world. It is the only continent that has actually gotten poorer in the last quarter of a century.

He went further to attribute this trajectory to the abysmal quality of governance. “I think the most important thing holding Africa back is the abysmal quality of governance there. What do I mean by that? A good government should seek to promote prosperity of citizens by creating a framework within which ordinary people can pursue happiness and prosperity in whatever way they choose. Too often, that is not the case in Africa. Too often, you see that governments are predatory and incompetence." Robert lamented.

I absolutely agree with Robert but to add that governance has become a vindictive avenue and a personal dynasty building escapade. Most African leaders depart from the real essence of leadership. Instead of thinking of how to bridge the inequalities that exist amongst the citizens, their real concentration is how to become powerful and wealthy. The appetite to stay onto power, in most cases, is not occasioned by the enthusiasm to tackle our challenges with new ideas, rather the appetite to have control, more powers and influence. Surprisingly, in their quest to remain most powerful, they make others weak so as they can explore the entire system. This is the path that has led us to this vicious cycle of abject poverty.

When I reflect deeper on the happening of my continent and particularly my country, my heart bleeds because it appears there is no hope for the marginalized. Indeed the marginalized and the poor are overly exploited to the extent that we become slaves in our own country. Yes, it is a new form of slavery. This time, it is not a certain white man buying and exporting us to another world to work in their plantations, rather our very own who have abused a sacred privilege given them to lead us. The painful thing is that we learn not out of the sheer wickedness and self -aggrandizing nature of our leaders. As vindictive as they are, opportunists may lick their boots, compromise their integrity and hail them on the street like how Julius Ceaser of the Rome was celebrated over his defeat of Pompey, his political rivalry.

Anytime, I go back to my archives, to read a poem written by P. O. C UMEH, titled Ambassadors of Poverty I dont cease to comb my brain over the motives, actions and inactions of African leaders. Are we leaving with a curse? If so, who has probably cursed us? I guess we are the architect of our own woes. For the purposes of invoking your thoughts, let me quote just the first stanzas of the Ambassadors of Poverty

Ambassadors of poverty are

The corrupt masters of the economy

And their anus at home

Who boost the economy of their colonial order

To impoverish brothers and sisters at home

Having walked you through that unpalatable narrative of our situation, we can now go back to the preposition, the fundamental reason for this piece. From the Ambassadors of poverty, we learnt that the corrupt masters of our economy are our very leaders. Let me add that their understanding of the economy is widely different from the perspective of the ordinary Ghanaian because they now sit at a comfort zone with comfort thoughts and will always want to churn out same to indoctrinate the citizenry.

I do not intent writing thesis with many references but to emphasis a point, I refer readers to read Economics in one Lesson by Henry Hazlitt. This material will enable you better appreciate the standpoint of politiconomists my own term I use to describe the economics from politicians. Henry made it clear that bad economics present their deception better than the true and honest economists. They assume that their perspective is the product of superior thought and any other contrary to theirs is a deviation. This is how many of our politicians are managing the economy. They manage the economy with deception, delusion and self-interest. There is no better explanation to the economy anywhere than the feelings, circumstances and reactions of the layman. There is no better economics anywhere better than the struggle for butter and bread. It is the inability of our leaders to leverage this simple explanation of the economy that has been aggravating our hardships.

Now let me bring in a practical scenario. In the perspective of the Ghanaian political economist, when you go to the market to buy a basket of tomatoes at 2.00 Ghana cedis, the economy is better managed because tomatoes are abundant in the market and that the prices of tomatoes are cheaper. How many times havent you heard similar claims? It is some of these explanations that will make the rich continue to be richer while the poor and the marginalized, continue to wallow in hardship. Why?

A holistic and fair extrapolation should encapsulate what I call the value effect. What is the value effect here? After buying the basket of tomatoes at 2.00 Cedis, what can the seller, herein the farmer, use the amount to purchase? The farmer may, for example want to buy soap, dry cells, pomade, and then able to pay for transport back home. If the value of the 2 cedis can purchase the basic needs, we can, by far, conclude that the economy of the farmer is good because there is a value effect of his strives. However, if after selling, the farmer is not able to meet his basic needs, the reason for which he comes to sell the tomatoes, then the economy obviously disadvantages him and cannot be said to be better. In most cases, the value effect isnt considered in our decision making, widening the income gaps between the have and the have not.

There may be a background because the access to political power favors the rich. The rich use their resources to leverage political dominion and end up taking decisions using same orientation. It is true that, in Africa, the poor cannot contest and win elections. In fact, they cannot even pay for nomination forms. This kills their dreams for political power. They may only have access to power through political slavery.

It is also true that the rich man is never satisfied. When they get to the villages, the poor men in the villages still give them gifts of various forms including animals, food crops and sometimes including traditional dresses. In reality, the rich can afford to buy even more. I dont see that as any form of gratitude or show of love. In many instances, these poor people do so to give sense of belonging to the privileged and also probably to look for certain small favours. By and large, the rich spend less to eat, spend less to dress among others. People continue to give to them directly, all the time.

No one is destined to remain poor. In fact, many came from a poor background to make it but on a broader picture and the circumstances in our continent emanating from our political leaders, our own attitude of not helping others, cultural situations and many others depending on where you come from, the preposition is largely true. The rich will continue to be richer and the poor, poorer. It is sad though but that is the reality. I however encourage every young man to defy the odds and strive to be part of the few who have come from poor backgrounds to make it big in life. Nothing good comes easy.

I thank you for reading.

'It's nice to be with tigers; every time I come near them I ...
3 minutes ago