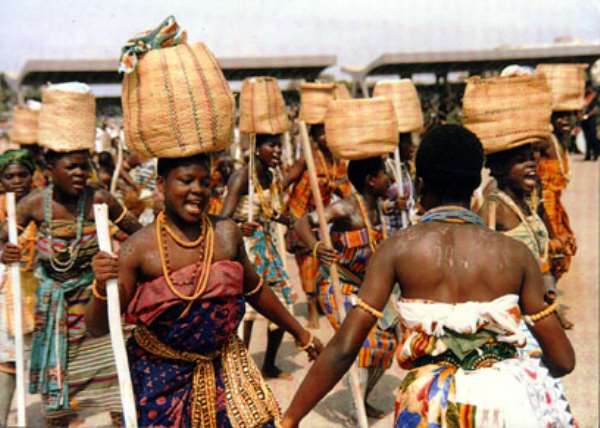 Anloga (V/R), September 21, 2020 - The Hogbe Institute, has acceded to the postponement of this year’s Anlo Hogbetsotso-Za after consultation with the Local Organising Committee of the annual festival.

The postponement which is due to concerns for public health and safety following the Covid-19 pandemic that has hit the country since early this year also has the support of the Anlo Youth Council, the Congress of Chiefs, and the Anlo Traditional Council.

In accepting recommendations of the Functional Executives of the Hogbe Institute, the Board Chairman, Togbi Agbesi Awusu II, Awadada of Anlo, and the Board of Directors, considered the enormous challenge of enforcing existing Covid-19 protocols put in place by the government to protect the citizenry at Hogbetsotso which attracts tens of thousands of citizens and foreigners.

The Hogbe Institute, therefore, announces for the information of all Anlos, residents and non-residents, festival lovers and the general public, that this year’s celebration has effectively been cancelled.

Regrettable as it is, the Institute considers it a matter of national interest to pre-empt the opportunity for the virus to be seeded in our fragile ecosystem.

In announcing the decision, The Chief Executive Officer of the Hogbe Institute, Dr Kwashie Kuwor, said the decision was taken in the best interest of Anlo and arrived at after careful consultations with all stakeholders.

The Hogbe Institute first took over responsibility as the main organiser of the Hogbetsotso Festival in 2018 under the theme "Shoring up our Cultural Capital: Uniting in Commonwealth and Resolve". This was in a bid to explore Anlo knowledge bodies, values and virtues embedded in the festival and to ascertain how these knowledge bodies could be harnessed and used holistically, as a tool for economic empowerment and the eradication of poverty.

According to Dr Kuwor, “Hogbe’za 2019, the second event by the Hogbe Institute, won the prestigious Festival of the Year Award in the Volta Region and 2020 was billed to be a markedly improved and marketable celebration than any in the festival’s history but for the pandemic”.

He expressed gratitude to key sponsors, especially flagship sponsors MTN, who have kept faith with the festival over the years and said “next year’s celebration will contribute immensely to the interest of all ”.

Dr Kuwor stressed that “the new organizational and planning structure will bring socio-economic development to Anlo in multiple forms while ensuring accountability and transparency of all activities of the Hogbe Institute”.

He also used the opportunity to encourage all other former organisers of Hogbetsotso-Za to share their rich experience with the institute for the public good.”

He urged patrons of the festival and citizens to support the Institute’s works by contributing their quota while the structures and systems of the festival are strengthened for inclusivity. “Hogbe’za is a unique festival with ownership by all Anlo as a public good”, he concluded.