Height now a problem in the Central Region of Ghana 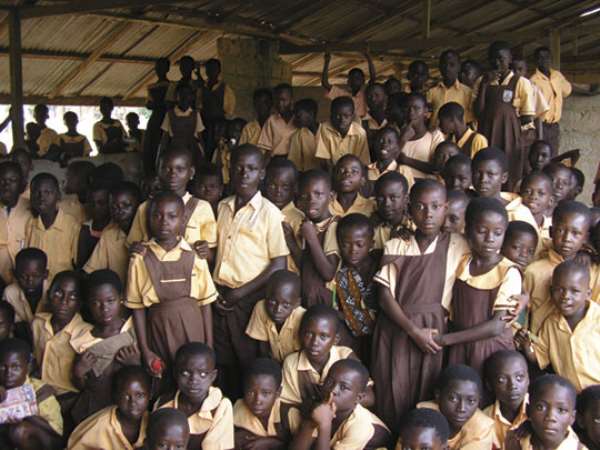 About 31 percent of children under five years in the Central Region are shorter than they should be. The national estimate is 29 percent.

The estimate also indicates that 22 per cent of children in that age group are underweight.

Dr Aaron Offei, Central Regional Director of Health Services, stated this in a speech read on his behalf by Mr Samuel Sosi, Regional Nutrition Officer, at the inauguration of a Nutrition Rehabilitation Centre at Apam on Tuesday.

Dr Offei explained that acute malnutrition accounted for low weight, while stunting was the result of chronic malnutrition. He noted that commitment to international goals were only partially met because nutrition did not get the necessary attention it deserved and added that if nothing was done to improve nutrition, then Ghana was unlikely to achieve the Millennium Development Goals.

Mr Offei called for intensive education of mothers on infant feeding to improve the growth of children.

The Centre, the fourth to be established in the Region with nurses' quarters attached was funded by MS Masayo Matsumoto Foundation, a Japanese non governmental organisation (NGO) through Plan Ghana, at a cost of about 1.1 billion cedis.

Mr Samuel Paulos, Country Director of Plan Ghana, who inaugurated the project said his organisation would provide 160 million cedis as a running cost of the Centre for one year.

He said records indicated that out of 54,400 children weighed last year, in Gomoa, 22,842 were at risk of malnutrition, while 1,908 were actually malnourished and reminded mothers that the better the nutritional status of a child, the better his brain development.

The Gomoa District Chief Executive, Madam Joyce Aidoo in a speech read on her behalf said the Assembly paid 10 million cedis as compensation to the owner of the land on which the project was built. She said the Assembly constructed a Reproductive and Child Health Centre near the nutrition centre at a cost of 255 million cedis to promote the health of children and appealed to mothers to make good use of the two projects.