21st September: We can make the Black Star shine 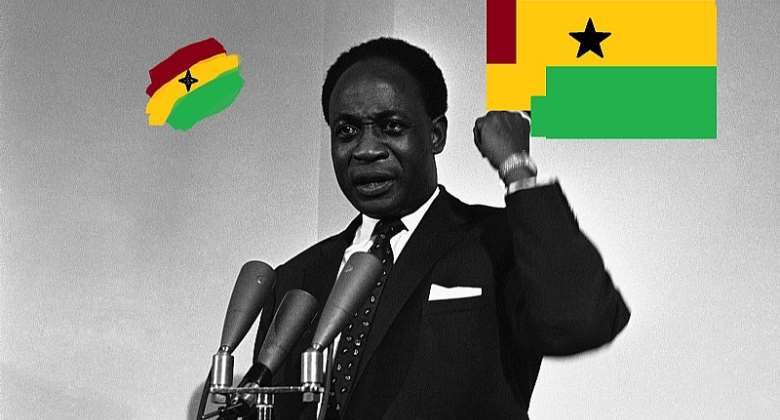 I am writing because I am a citizen who's passionate about the fact that, the black star can shine even in the midst the darkness thrown at it. I think that nation-building is a passion borne out of love, and it is not for people whose main goal is material acquisition. One does not need to be a politician before making a difference in the country. In one's own capacity, a difference can be made wherever you are, irrespective of your status, qualification, position and prestige.

It's 21st September and I cannot continue this piece without giving acknowledgement to Dr. Kwame Nkrumah. Today forms another milestone of his; though it's in his absence but there is no denying the fact that it's one worthy of remembrance. For as Ghana goes, so does much of Africa. Kwame Nkrumah led Ghana to independence in 1957 - the first country in sub-Saharan Africa to achieve this feat.

He’s still remembered for his unrepentant anti-colonial stance and strident Pan-Africanism. Above all, he is regarded as one of Africa’s ablest statesmen of the 20th century. The weight of Nkrumah’s leadership in Ghana was a combination of compromise and cultural sacrifice in order to achieve Ghanaian independence and African political clout in global politics.

Having said that, I would like to put on records that democratic governance in Africa had had many setbacks and economic success stories had been very few on the continent. To understand why, this is so, we need to ask questions. To be able to help solve Africa's numerous problems we must deeply and expansively think new thoughts, and to be able to think new thoughts we must ask questions.

Are we lifting the torch of Ghana aloft the highest so as to make Black Star shine even brighter?

As far as I'm concerned, the malaise that afflicts and hampers our growth and prosperity as a nation is bad and corrupt leadership. Bad leadership is the cause of our woes. Politicians embrace bad practices in leadership because they know that they can get away with it; they do it. They can get away with robbing the country blind, because they consider themselves as above the law(s). They are able to conspire and connive among themselves to do whatever they want, because in their leadership position(s), they're the LAW. In other words, they are the prosecutor, the judge, and the executioner. And nobody can touch them.

If this not true, then let's forget about electing leaders. But then, is leadership created in a vacuum? It is the people who create leaders whose personality invariably is reflective of the character of the people. In this case, what we Ghanaians lack is ethical character and this has led to everyone; being it a Politician, Custom Officer, Policeman, Tax Officer, Clerk, Bank Official, etc. being corrupt and no institution works effectively in the country. We need to change our character ethically first.

Again, what we Ghanaians lack is discipline. Indiscipline is deep-rooted in every nook and cranny of the society. For a nation to progress in all fronts, discipline, dedication, devotion and unity are indispensable keys to unlock our doors of development. Ghana's problem has been indiscipline since we are not ready to obey the laws of the land. Our time to everything is bad. The politician is afraid to make laws or does not obey the laws itself. Our attitude to work calls for questioning, our pride lies only in being a Ghanaian.

We have no respect for the law. We pay our way of any given situation. The actual people to enforce the laws are themselves breaking them. So how do you expect the average man to enforce it. We do not sacrifice, whatever happens, must happen. We want everything done automatically without suffering. We prefer to idle, rather than work hard. But we are ready to clean the White man's toilet for a few dollars. So scared to tell the truth, for the truth is millions of miles away from us and when you live your life in lies, then, there's a big problem.

Some of us want to be masters overnight. Buy and sell has become our profession. We sit on bunches of riches, and what we do is to allow others to suck us free. We put the white coloured person above ourselves, hence some of us will say "Me Broni", implying my white person. It is like without the white man, we are nothing. We hate ourselves and dislike others. There's always the 'BLAME GAME'; if not the Ashanti or Fanti, it is the Eves. If not the NDC, it is the NPP. We have no plans for tomorrow, just today.

Is it like we are doomed? No, for we are not ready to change and no one will accept the fact that we are a nation full of sickness. Indiscipline is our sickness. There's always something to justify our attitude. Without DISCIPLINE, DEDICATION, DEVOTION and UNITY, we're going nowhere. We must stop the blame game played since independence.

I leave some questions to all who read this. Can't we join the likes of America, Europe, Asia who are moving forward? Is the African man undeserving of such monumental progress? Where will Ghana be in the next 40 years?

On such a memorable day, I believe we need to draw strength from our past adversities, seize the initiative and push forward. The 21st century is going to be our time. We are going to realise our unlimited possibilities and establish, conclusively, our greatness. That is my deep-seated and unalterable belief. May God bless us all and may God bless our homeland Ghana, and make her great and strong. May the aura of the 21st be with us.

The author, Bright Philip Donkor is the CSA'20 Online Journalist of the Year; a Young Activist, Political & Social Commentator, Columnist and a Prolific Feature Writer.