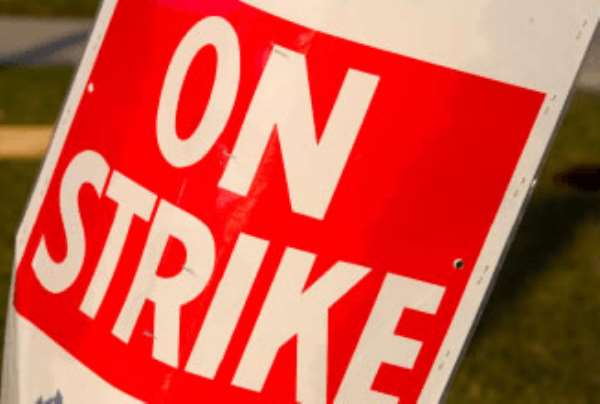 The strike by the Ghana Registered Nursing and Midwives Association of Ghana (GRNMA), took effect on Monday, September 21 and has left patients across the country stranded without healthcare.

Uginlen Nabuja, an 88-year-old woman from Parambo in the Pru East district, died at the Mathias Catholic Hospital's emergency unit as the strike took off.

“This was because all the staff are not at the post,” A GRNMA regional executive, Mr Mark Otoo opined Citi News.

Several other patients with critical health conditions have apparently been left to their own fate.

A patient at the Mathias Catholic Hospital, Mr Samuel Nana Aquah expressed his fears with the situation.

“We the patients will genuinely suffer in respect to the continuity of the drugs that they were giving us because they will now curtail it.”

Another patient, Agnes Sarfo, pleaded with the government to heed to the Nurses' demands because they [the patients] are dying.

“None of the nurses are here. When we asked them, they said the government isn't paying them so they would also not work, but we are sick. We plead with the government to heed to their demands because we are dying.”

The Atebubu District Hospital, Kwame Danso District Hospital among others in the Bono East Region had empty Out-Patient's Departments and wards with only patients as the strike sees full enforcement.

JHS graduate appeals for $45,000 to undergo kidney surgery
36 minutes ago